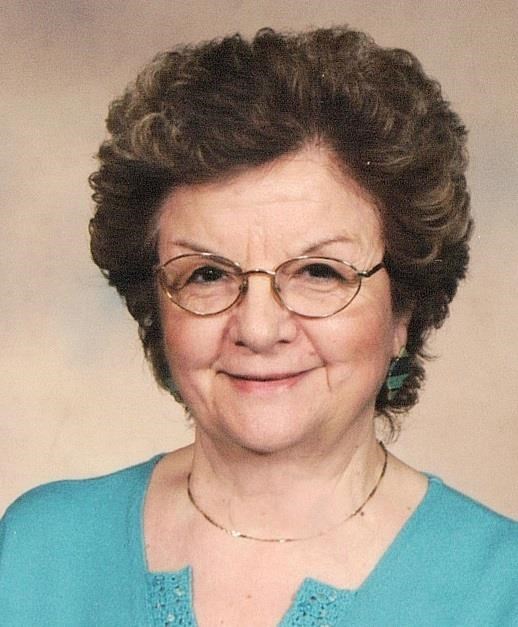 Elizabeth Joan D’Agostino (Sr. Johanna) died peacefully on July 12, 2020, at Presentation Manor, following a brief illness. She was born in Toronto on January 4, 1931. Predeceased by her parents Rocco D’Agostino and Anna Perrone, her brothers Peter D’Agostino, (Pauline), Rocco D’Agostino, she is survived by her loving nieces Elizabeth Likwornik, (Victor), Ann Marie Brignuglio and numerous devoted cousins. Sr. Johanna attended St Anthony elementary School in Toronto. After graduating from Loretto College High School, she entered the Institute of the Blessed Virgin Mary. Her professional background is in teaching, with experience in both the elementary and secondary levels, in Toronto, Niagara Falls and Hamilton. In addition to her role as teacher and later principal, she was the author of several text books on primary education, was a Primary Consultant with several School Boards in Ontario, and a Professor in Teacher Education at Brock University. As a Team Member of the Ontario Teachers’ Federation, she developed and launched Junior Kindergarten across Ontario in the 1970’s. Sr. Johanna was awarded the Margaret Lynch Fellowship from the Ontario English Catholic Teachers’ Association in 1982-1983. Her civic involvement includes association with Development and Peace, the Canadian Red Cross, and the Institute of the Blessed Virgin Mary’s Justice and Peace concerns. After an early retirement from teaching she was appointed Dean of Loretto College, Toronto, and following that assignment, Chaplain at the University of Toronto, St. Michael’s College. During that period, she also assumed leadership positions on various committees in collaboration with other Colleges on campus and with the Canadian National Chaplain Association. From Campus ministry, she joined the staff at Catholic Charities of the Archdiocese of Toronto which enabled her to visit and to focus on parish workshops to promote Parish Social Ministry. Besides her professional ministry, Sr Johanna held the position of Superior at several large convents in her religious community. In 1995, Sr. Johanna was elected to the General Leadership of her Institute and at the General Chapter in 1999 she was elected Vicar General. In 2004 she became Pastoral Assistant at Blessed Sacrament Parish as well was involved in pastoral visiting at the Mustard Seed, a ministry sponsored by the Sisters of St. Joseph, Toronto. In November 2019, she moved to Presentation Manor. It is with deep sorrow that the Loretto Community announces her passing. A private Funeral Mass will be held at Presentation Manor on Friday, July 17 at 10.00 A.M. interment to follow in Mount Hope Cemetery. A memorial Mass will be held at a later date . In Lieu of flowers, Donations can be made to Loretto Maryholme Spirituality Centre which is operated by the Loretto Sisters.
See more See Less