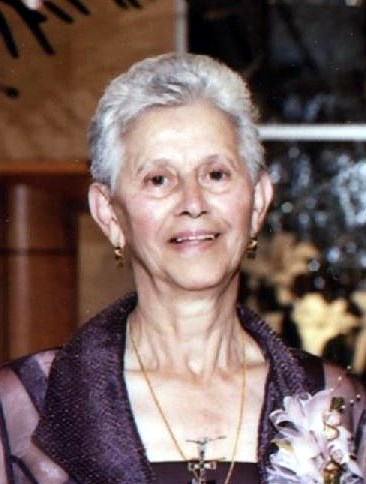 Anna was preceded in death by: her husband Salvador Duarte Bettencourt in 2014; her son Joe Alberto Bettencourt in 1979; three brothers; and her parents Anna Nunes and Joaoquim Luis Faria.

She was a dedicated parishioner of St. Patrick's Catholic Church in Escalon and a member of F.E.S.M. Hall in Manteca as well as S.P.R.S.I. in Manteca.

A visitation for Mrs. Anna Faria Bettencourt will occur from 2:00 to 5:00 PM on Sunday, February 11, 2018 at Whitehurst-Norton-Dias Funeral Service: 286 W. Main Street, Turlock, California. During the visitation a rosary will be offered at 4:00 PM.

Fond memories and expressions of sympathy may be shared at www.dignitymemorial.com/whitehurst-norton-dias-funeral-service/en-us/index.page for the Bettencourt family.

Services are under the direction of Whitehurst-Norton-Dias Funeral Service (FD504) in Turlock, California.

In Memory of Anna Faria Bettencourt