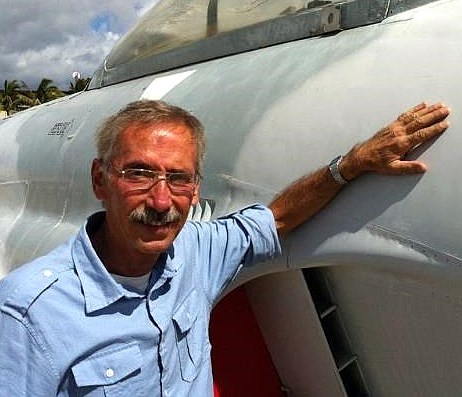 Dennis R. Silva, 62, passed away Saturday, December 16, 2017 at the Alexander Cohen Hospice house in Hughson, California, following a 4 year battle with lung cancer. Dennis was born on April 22, 1955 at Tracy Community Hospital, and was raised in Manteca California. He was a graduate of Manteca High School, class of 1973.

As a child he was always fascinated with aviation and around the time of his graduation, his passion for aircrafts really began to take off. In March of 1976 he obtained his pilot’s certification. Once acquired, he took full advantage of that achievement by taking numerous family members on unforgettable flights. In his younger years he truly loved going fast, a fact evident by the memorable story of him traveling from Santa Cruz to Manteca in his beloved 1969 Dodge Charger, in just an hour.

Following graduation in 1973, Dennis began working as a Heavy Equipment Operator with Robert A. Whitaker Company. In 1980, he married his high school sweetheart, Janet Guthmiller. They began their family and moved to Turlock, CA in 1984. During that time, Dennis was employed with Rainbow Bread Company and later, Dolly Madison. For the next 25 years he worked in the Grocery business as a merchandiser. Between work and family, he also took time to enjoy his love of sports and fishing. He will be remembered as a passionate baseball fan- rooting for both Bay Area teams (A’s and Giants), a diehard Oakland Raiders fan, an avid golf enthusiast, a NASCAR supporter, and a solid fisherman. Those who were close to Dennis would proclaim he had a gentle soul with a warm, welcoming smile. He loved to tell jokes with the use of his good-natured sarcasm. Many believed he was given a renewed sense of life with the birth of his grandchildren.

In lieu of a traditional funeral service we will be holding a Celebration of Life in his honor on Saturday January 6th, 2018 from 3:00pm – 5:00pm at Carnegie Art Center: 250 N. Broadway Street, Turlock, California 95380. The family is requesting that any financial contributions in his honor be made in the form of donations to the Alexander Cohen Hospice House.

In Memory of Dennis Ricardo Silva