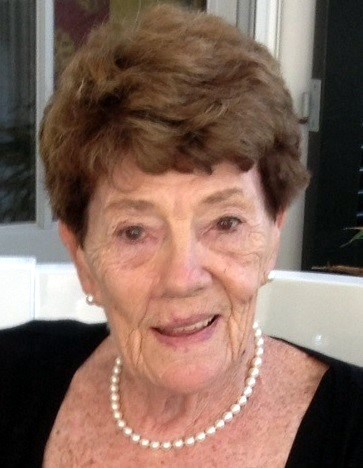 Ann S. Rogers, 86, of Bel Air, MD, formerly of Ocean Grove, NJ, passed away with family at her side on July 29, 2021. Born in Newark, NJ, she was the daughter of the late William E. and Emily (Swain) Seaman. Ann graduated Union High School, NJ, and attended The Edgewood Park School, NY, before marrying the late Raymond F. DeVinney. They had four children together and lived in Scituate, MA, before parting, remaining friends over the years. Ann later made a blended family home in East Greenwich, RI, with her second husband, the late Jack T. Rogers. She was skilled in decorating, sewing, and knitting, and loved gardening, cooking, music, sailing, and the beach. Ann and Jack owned The Village Pump, Kingston, before retiring and living aboard their sailboat for a time. After Jack passed, Ann moved to Ocean Grove, and enjoyed winters in Florida. She will be dearly missed. Ann is survived by her children, Scott DeVinney of North Kingstown, RI, Todd DeVinney and his wife Charlene of Groton, MA, and Geoffrey DeVinney and his wife Janet of Bel Air, MD; stepchildren, Cynthia Rae and her husband Walter of Townshend, VT, Patrick Rogers and his wife Diane of Richmond, VA, and Penelope Steen and her husband Robert of East Greenwich, RI; grandchildren, Joshua, Shawn, Benjamin, Emily, Kyle, Caitlin, and William; step-grandchildren, Lisa, Heather, Paul, Jason, Brooke, Douglas, Kimberly, and Jaclyn; seven great-grandchildren; several step-great-grandchildren; cousins; nieces and nephews; and sister-in-law, Constance Seaman. In addition to her parents and her husband Jack, Ann was predeceased by her daughter, Lizbeth DeVinney; stepson, James Rogers; brother, William Seaman Jr.; and dear friends. A funeral service will take place Friday, August 13, 2021 at 11 a.m. at Townley Presbyterian Church, 829 Salem Road, Union, NJ, followed by a graveside service at Evergreen Cemetery, Hillside. Contributions may be made In Memory of Ann S. Rogers for Support of Beach/Lifeguard Operations at https://ogbeachfoundation.org. Memories and expressions of sympathy may be shared at www.McCrackenFuneralHome.com.
See more See Less

In Memory of Ann S. Rogers