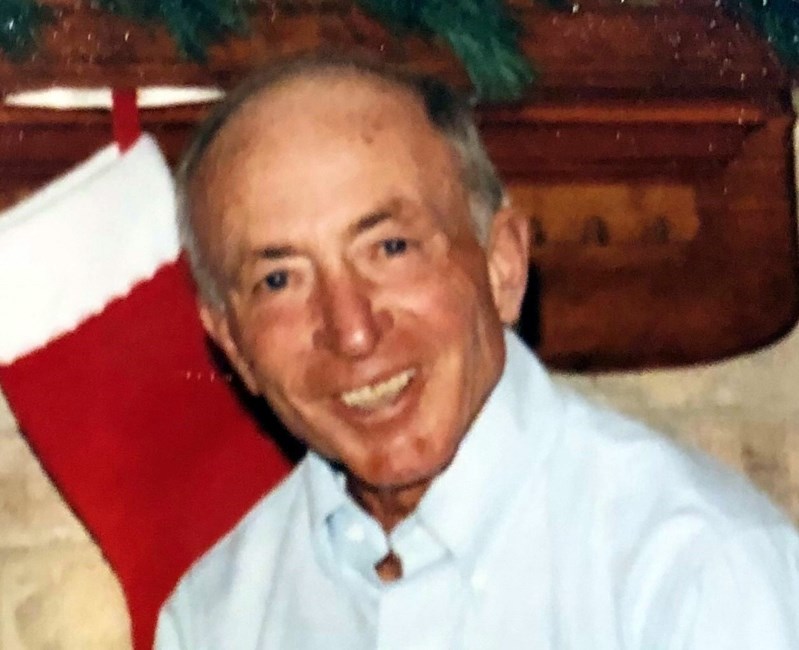 William Lawrence (“Bill”) Creef, affectionately known as “How Doo”, 97, passed away on November, 19th, 2021 at his home in Virginia Beach, Virginia, two days shy of his 98th birthday. He was predeceased by his parents, Seldon Bennett Creef and Nancy Basnight Creef, and his brothers, Dr. James W. Creef and Wilton B. Creef. Left to cherish his memory are his loving wife of 67 years, Gloria Mirabella Creef, his daughter, Catherine Nichols (husband Timothy), his son Larry Creef (wife Nancy), and his grandson who was his pride and joy, Jonathan William Nichols. Bill grew up in South Norfolk, Virginia, graduated from South Norfolk High School, honorably served his country in the United States Army 82nd Airborne Division during World War II, and graduated from the University of North Carolina at Chapel Hill. He retired from the Federal government after 39 years of dedicated civil service. He became an avid runner in his later years and enjoyed working in his yard, watching baseball and football, summers at the Virginia Beach oceanfront, and most of all spending time with his family and friends. Bill was a kind, generous man who cared more about others than himself. His quick wit and sharp mind always left his family and friends with a smile on their face. He was the foundation of our family and kept us entertained until his last days. He was a neighborhood favorite, both in his own neighborhood and his daughter’s. He was also an animal lover with a passion for English Bulldogs. Bill is now our guardian angel, and he will always be deeply loved and missed. Although he is no longer with us, the memory of him lives on in our hearts forever. A visitation will be held from 6:00-8:00PM on Tuesday, November 30th at Smith & Williams Funeral Home in Kempsville, Virginia Beach, Virginia.
See more See Less

In Memory of William Lawrence Creef