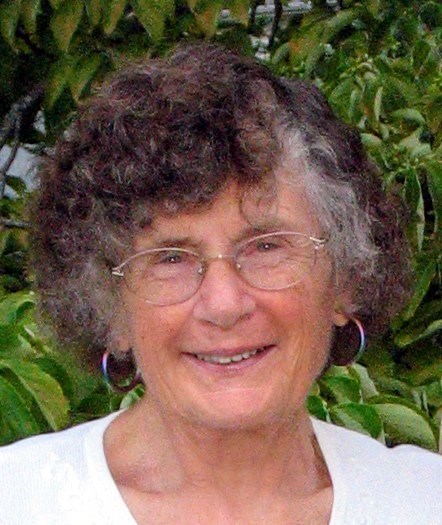 Claartje Rathjens Bertaut, age 91, passed away peacefully, surrounded by her five children, on December 4, 2022. Matriarch, Cub Scout and Girl Scout leader, Second Mom, avid grandmother, maker of stollen and oatmeal-chocolate chip cookies for her family and students only begin to describe the many roles that Claartje played in her life. Claartje was born on May 8, 1931, in Wilmington, DE, to Fritz and Clara (den Hartog) Rathjens. From 1934 to 1946, Claartje grew up in Nazi Germany and occupied Poland. After the war, the family returned to the U.S, where Claartje graduated from Woodrow Wilson HS, Trinity College (Washington, DC), and Carnegie Tech (Pittsburgh, PA), where she met her husband, Ed. Once her children reached school age, Claartje enjoyed a 35+ year career teaching and tutoring math and science to middle and high school students, including 25 years at the Edmund Burke School. She was preceded in death by her husband, Edgard Francis Bertaut; parents and brother Fritz M. Rathjens, and daughter-in-law Mary Elizabeth Strange. She is survived by her children, Edgard (Carol) Bertaut, Christopher Bertaut, Richard (Cindy) Bertaut, Juliet (Ogden) Copeland, and Nanette (Charles) Dupuy; grandchildren Jules (Lucas), Katherine, Scott, Clara, Natalie, James, Gordon, Cyrus, Carl, and Alta; and great-grandson Walter. Other survivors include her sister Elizabeth Mendelsohn, and numerous nieces and nephews. Friends and relatives are invited to call at Gawler’s Sons, 5130 Wisconsin Ave. NW, on Thursday, December 8, from 5 to 7 pm. Funeral service will be at 11 am on Friday, December 9, 2022, at the Shrine of the Most Blessed Sacrament, 3630 Quesada St. NW. A private interment will be at Gate of Heaven Cemetery. In lieu of flowers, memorial donations may be made to So Others Might Eat (S.O.M.E) or Southern Poverty Law Center.
See more See Less

In Memory of Claartje R Bertaut