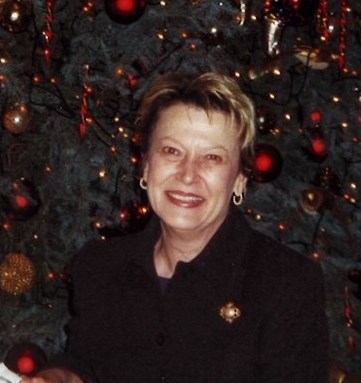 Debra Rae Anderson, 73, passed away Thursday, November 10, 2022 at her home in Washington, DC. Debra was born June 13, 1949 in Bryant, South Dakota to Dean and Marilyn Anderson. She was baptized and confirmed in the Lutheran faith. Debra graduated from Bryant High School in 1967 and cum laude from Augustana College in Sioux Falls, SD in 1971. Debra entered the political arena with her election to the South Dakota House of Representatives in 1976. She became South Dakota’s first woman Speaker of the House in 1987. Debra resigned from the South Dakota House of Representatives in 1989 when President George H.W. Bush appointed her as Deputy Assistant to the President and Director of Intergovernmental Affairs in The White House. Debra married John D. Milne on August 8, 1992 at Our Savior’s Lutheran Church in Sioux Falls, SD. They lived in St. Paul, Minnesota where Debra served in the office of Governor Arne Carlson as Commissioner of Administration from 1993-94. John and Debra moved to Washington, DC in 1998 where she was still active in the political world, volunteering in the George W. Bush White House. Debra was a proud member of the Daughters of the American Revolution. Debra’s greatest joy was the role of Aunt to Ineka, David, and Jonathan and grand-niece Lauren, together with her role as grandmother to Jackson. Debra is survived by her husband, John D. Milne, stepdaughter Elizabeth Milne, stepson Scott (Erika) Milne and grandson Jackson Milne; sister Lisa (Barry) Roberts; niece Ineka (Andy) Pitt and their daughter Lauren; nephews David (Caroline) Roberts and Jonathan Roberts; aunt Virginia Cluts and many loving cousins. She was preceded in death by her parents. Memorial contributions may be made in Debra's honor to the Woodlawn Cemetery, c/o Jerry Sauder, PO Box 94, Bryant, SD 57221 or the Lutheran Cemetery, c/o Ronda Laube, PO Box 61, Bryant, SD 57221. Funeral services will be held in Farina, Illinois on December 10, 2022 at the Farina United Methodist Church.
See more See Less

In Memory of Debra Rae Anderson