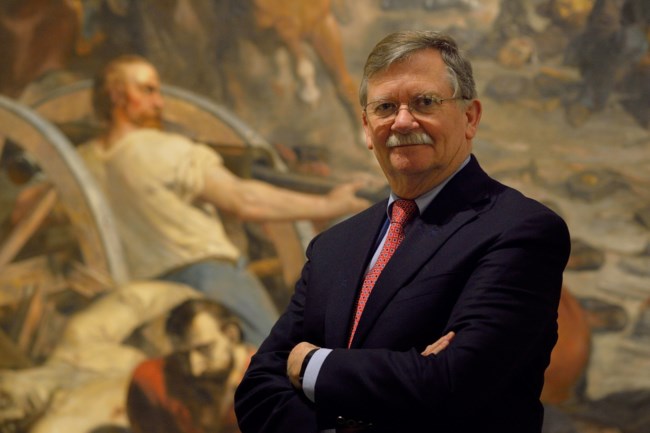 Our beloved Jim Vaughan passed away peacefully after a brief but hard-fought battle with cancer. Jim devoted his entire career to historic preservation and museums, retiring a few years ago as the executive director of the Pennsylvania Historical and Museum Commission. He served previously as vice president for historic sites for the National Trust for Historic Preservation and led The Hermitage, Home of President Andrew Jackson in Tennessee; the San Diego Historical Society in California; the Hagley Museum and Library in Wilmington, Delaware; and Strawbery Banke in Portsmouth, New Hampshire. Jim was active with numerous museum, preservation and history communities, serving on the board for the American Association for State and Local History, as a peer reviewer for the American Alliance of Museums (AAM), as a grant reviewer for the National Endowment for Humanities and the Institute of Museum and Library Services. He organized two influential national conferences around rethinking historic houses and sites. He was named to AAM’s Centennial Honor Roll as one of the 100 American museum leaders who worked to innovate, improve and expand how museums in the United States serve the public. Jim held a master’s degree in higher education administration and a bachelor’s degree in history from The Ohio State University. He completed four additional years of graduate study in history at the University of New Hampshire. He is survived by his wife Janet Vaughan, his sisters Gail Vandall and Margaret Maurer, his brother Dick’s widow Patti Vaughan, many nieces and nephews, and a vast network of friends and colleagues. In lieu of flowers, donations may be made to the Historic Sites Fund at the National Trust for Historic Preservation at savingplaces.org or to the Endowment Fund at the American Association for State and Local History at aaslh.org. When gatherings are possible in the future, we’ll come together to celebrate Jim’s amazing spirit.
See more See Less

In Memory of James Mulholland Vaughan