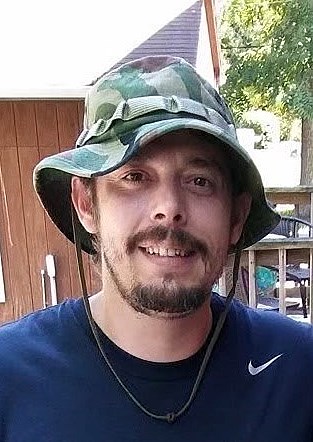 Clinton Dewar “Dewey” Tomey, 42, of Waynesboro, passed away on Tuesday September 7, 2021 at his residence. Mr. Tomey was born on May 29, 1979 in Alexandria, Louisiana, and was a son of the late Richard Hayes Tomey and surviving Darlene (Madison) Kier and husband, Zane. He was a veteran of the United States Army. Dewey enjoyed being outdoors. He loved fishing, camping, playing corn hole, canoeing, and tending to his vegetable garden. He also enjoyed listening to loud music. Dewey is survived by his son, Zachary Dewar Tomey of Waynesboro; siblings, Patricia Wood, Ashley Hutchinson, Heather Tomey, Billy Madison, Christy Silvas, Dale Edward Hutchinson; his granddaughter, Adeline Jomae Kennel; grandfather, Richard Tomey; grandmother, Leslie Tomey; and numerous nieces, nephews, aunts, uncles, and cousins. In addition to his father, Dewey was preceded in death by a grandmother, Pauline Wilt; Roger Powell, and Juvenal Junior Loera, Jr. A gathering of family and friends will take place from 2:00 p.m. until 7:00 p.m. on Saturday, September 11, 2021 at Basic Park in Waynesboro. Those wishing may share a memory or an online condolence by visiting www.reynoldshamrickfuneralhomes.com.
See more See Less