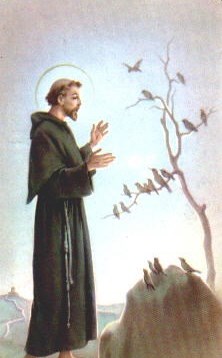 Frank Charles Presti Frank Charles Presti died on September 18, 2022, after a long struggle with Parkinson’s and Lewy Body Dementia. He was surrounded by family on the day of his passing. He is survived by his wife Sally King Presti, brother William Presti, children Julia Bonomo (Frank), Peter Presti (Shannon), Dara Hally (Andrew), Rosie Presti, Nicholas Presti (Rebecca), and six granddaughters. Frank is preceded by his father, Frank F. Presti, and his mother, Ida N. Presti. Born in Greenwich, CT on October 11, 1942, Frank grew up in Cos Cob and Greenwich, CT. He received his BA in History at Georgetown University in Washington DC, where he met the love of his life, Sally. Frank completed a year of law school at the University of Connecticut before joining the US State Department as a Foreign Service Officer in 1966. Frank and Sally married on September 7, 1968 at St. Stephen-Martyr Church in Washington DC. Frank’s career in foreign service lasted 47 years and brought him to over 105 countries. Frank, Sally, and family lived in Washington DC, Taiwan, Laos, Vietnam, Thailand, Virginia, Georgia, Pakistan, Maryland, and North Carolina. Frank was known for his expansive knowledge of history, nuanced understanding of politics and foreign policy, and dedication to diplomacy and international peace. He loved traveling and would always say that his favorite country was the one he was in at the time. He was fluent in Italian, Russian, Arabic, and Spanish, had an unusual and entertaining sense of humor, and was an accomplished cook. A funeral mass and memorial service will be held at noon on Saturday, October 8 at St. John the Evangelist Catholic Church, 234 Church St., Waynesville, NC. In lieu of flowers, please submit donations to UNICEF. Fond memories and expressions of sympathy may be shared at garrettfuneralsandcremations.com
See more See Less

In Memory of Frank Charles Presti