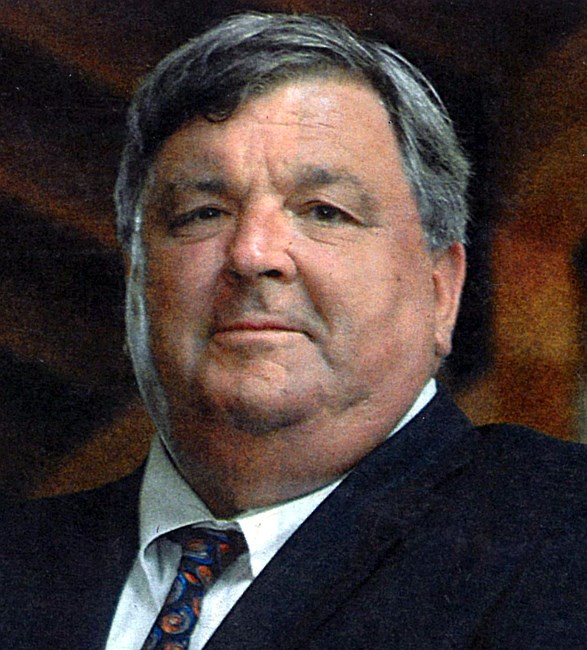 James was born to Robert Archibald Milne Mackay and Rozella Carolyn (Cooney) Mackay on September 29, 1944 in Richmond, IN and died on December 22, 2021 in Des Moines, IA. He graduated in 1967 from Indiana University with a degree in business administration. After graduation, he started his banking career at Merchants Bank in Indianapolis, IN. Throughout the first few years of his career he held several positions at Merchants Bank. Jim was recruited for a position at United Central Bank Shares in Des Moines, IA and made the move west in 1978. Jim quickly became a part of a group that the CEO, Ken Myers, called the “Kiddie Kore” because all of the members were in their 30s and led major roles at the company despite their age. The group consisted of Jim Mackay, Jim Fogt, Howard Harris, Dan Fliger, and Ken Carpenter, who remain lifelong friends. Throughout his extensive career in financial services some of his proudest accomplishments included Jim single-handedly keeping the United Central Bank Shares (renamed to First Interstate) and the bank’s portfolios on track during the agricultural economic downturn of the 1980s, overseeing multiple venture capital funds, and advising major Des Moines companies against investing in Enron before the bubble burst in 2001. He served on many boards in the Des Moines metro area and was very proud of attending the War College in Carlisle Barracks, PA in 2007 and later serving on the Board of the Command and General Staff College in Fort Leavenworth, KS. Jim and his wife, Karen Mackay, were heavily involved in the Alcoholics Anonymous (AA) organization in Des Moines, IA for the last decade, holding several leadership roles and serving as mentors to many. Throughout Jim’s life he was an avid golfer and, at one point, was ranked as one of the top 20 juniors in Indiana. Some of Jim’s favorite pastimes at home were painting with acrylics and reading, and he enjoyed sailing as much as he could in Michigan. He is remembered by his children, family, and friends as referring to himself as “the gangsta’ of love” and “boy wonder”. Although Alzheimer’s ultimately took him from us on December 22, he remained full of wit through his last days. Jim is survived by his wife, Karen Mackay, and his four children: Melissa Stanisljevic and her husband Zoran of Charlotte, NC; Adrienne Muralidharan and her husband Aditya of St. Louis, MO; Kelly Mackay of Des Moines, IA; and Ian Mackay of Chicago, IL. He is also survived by his four grandchildren: Raghavan, Evelyn, Liam, and Max. Jim was also a dog lover and is survived by his beloved English Cocker, Bitsy. Jim is preceded by his parents (noted above) and his first English Cocker, Eloise. A special thank you to the Hospice of the Midwest and Dr. John and Dena Bardole who provided amazing support throughout Jim’s final days.
See more See Less

In Memory of James Ian Mackay