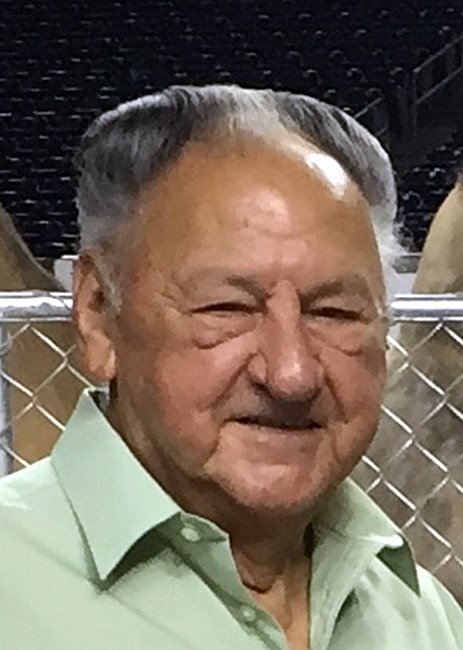 Charles Curtis Chiasson, age 83, of Westlake, Louisiana passed away on Sunday, November 27, 2022 surrounded by his loving family. He was a native of Duson, La. and a lifelong resident of Westlake, La. Curtis was a member of St. John Bosco Catholic Church where he served as an Usher for many years and attended an A.C.T.S. Retreat. He was a member of the Knights of Columbus Council #5755 previously serving as Grand Knight and other various offices. Curtis was also a member of the Contraband AACA Car Club previously serving as President. He retired from Frito Lay in 2001 as a Salesman after over 30 years of service. His passion was working with antique cars. Curtis repaired, sold, painted and showed his cars. He loved to Jitter Bug on the dance floor with his wife, BBQing, spending time with family and friends and camping. Family serving as Pallbearers will be Eric Chiasson, Casey Chiasson, Keith Hill, Charlie Kousoulis, Lonnie Hacker, and Aaron Finch. He is preceded in death by his Son, Michael Chiasson, Parents, Edgar & Emaline Chiasson, Sister, Pearl Arceneaux, and Son-In-Law, Jessie LeBlanc. Curtis is survived by his Wife of 62 Years, Ethel Stelly Chiasson of Westlake, La., Daughters, Mel Faul of Sulphur, La., Carolyn LeBlanc of Carencro, La., Natalie Hill and Husband Keith of Houston, Texas, Monique Kousoulis and Husband Charlie of Katy, Texas, Daughter-In-Law, Penny Chiasson of Westlake, La., Grandchildren, Mandy Book, Eric Chiasson, Megan Finch, Casey Chiasson, Mady Hill, Paul Kousoulis, Charles Kousoulis, Great Grandchildren, Noah Chiasson, Austin Book, Jensen Book, Jayla Chiasson, Mikey Meyers, Anna Bell Finch and Eve Kate Finch. The family will receive friends on Wednesday, November 30, 2022 at 10:00 AM until 12:30 PM at Hixson Funeral Home Chapel, Westlake, La. A Rosary will be held at 10:30 AM. A Mass of Christian Burial will be held at 1:00 PM at St. John Bosco Catholic Church with Father Jenesh Joseph officiating. Burial will follow at Westlake Memorial Park Cemetery, Westlake, La. Fond memories and expressions of sympathy may be shared at www.hixsonwestlake.com for the Chiasson family.
See more See Less

In Memory of Curtis Chiasson