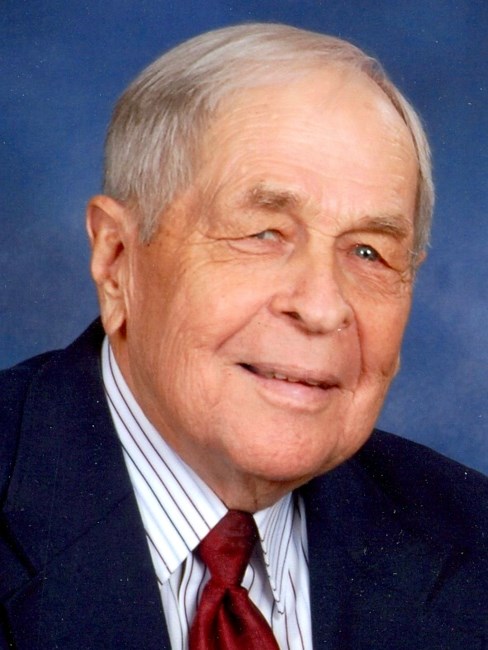 Lindy Crawford Alexander, 88, a lifelong resident of Mt. Sidney, passed away on Monday, April 10, 2017. He was born on May 22, 1928 and was the son of the late John Robert and Edna Young Alexander. Lindy graduated from North River High School in 1947 and served in the US Army. He was a lifelong member of the Salem Lutheran Church and had been employed with C & P Telephone for 37 ½ years before retiring. Lindy enjoyed volunteering at Salem Lutheran Church and in the community for many people. He was devoted to his family and friends and was a devoted son to the Lord, husband, father, grandfather, great-grandfather and an “Uncle Lindy” to everyone. On June 28, 1951 he married the former Sharon Wine, who survives. He is also survived by two daughters, Cheryl Burns and husband, Tommy, of Waynesboro, Lora Dury and husband, Bill, of Mt. Sidney; a son, Danny Alexander and wife, Linda, of Waynesboro; four grandchildren, Katie and Lucas Burns, Lindsay Combs and Nick Alexander; three great-grandchildren, Ben and Noah Alexander, and Makenna Crookshanks; one brother, Nelson Alexander; a special son, Mark Hall; his buddy and best friend, Ralph Mezzoni; and numerous nieces and nephews. He was preceded in death by his siblings, Frances Christian, Stanley, Joe, Paul, Edwin and Roscoe Alexander. The family will receive friends Monday, April 17, 2017 at Lindsey Funeral Home in Weyers Cave from 6:00-8:00 pm. Following a private burial a memorial service will be held Tuesday, April 18, 2017 at Salem Lutheran Church at 2:00 pm, with Pastor Derek Boggs officiating. Memorial donations may be made to Salem Lutheran Church, 417 Salem Church Rd., Mt. Sidney, VA 24467. The family would like to express their appreciation to the Hospice of the Shenandoah, Home Instead and private caregivers, as well as Community of Brightview/ Baldwin Park. Condolences may be sent to the family by visiting www.lindseyweyerscave.com.

In Memory of Lindy Crawford Alexander