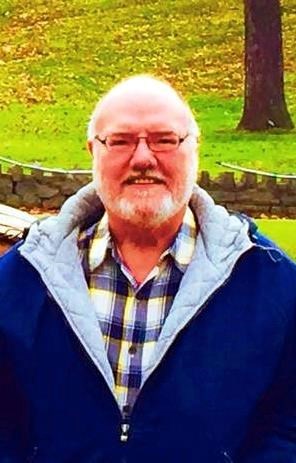 William “Bill” Cunningham, 62, a resident of Mount Sidney Virginia passed away Saturday, June 27th at his residence in Mt. Sidney, VA. His wife Alsee “Peggy” V. Cunningham preceded Bill in death in 2013 after a lengthy struggle with early Alzheimers disease.

Bill was born September 1, 1952, in Newport News, VA. He was the son of the late Walter L. Cunningham and Wanda L. Cunningham. Bill graduated from Denbigh High School in the class of 1970, and began work at Bendix Corporation in Newport News, VA. He then graduated with an associates degree from Thomas Nelson Community College and a bachelors degree in finance from Christopher Newport College. In 1985, Bill and his family moved to Mt. Sidney VA, where he and his wife owned and operated the Augusta Motel until 1999. In addition, Bill operated a private accounting business, Cunningham Financial Planning Services.

Bill was a loving and loyal husband to his wife of forty years, Alsee “Peggy” Cunningham. In the end, he was fully committed to being her full time caregiver. Throughout his life, Bill was a loyal friend, and loving father who gave many great life opportunities to his children Cyndi and Lisa, and his grandson Evan.

A memorial service will be held Thursday, July 2, 2015 at Augusta Stone Presbyterian Church at 11 am with Rev. Beth McCrary officiating.

In lieu of flowers, memorial contributions may be made to Augusta Stone Presbyterian Church, P. O. Box 118, Fort Defiance, VA 24437.

Lindsey Funeral Home is handling arrangements. Online condolences may be sent to the family by visiting www.lindseyweyerscave.com.

In Memory of William Lee Cunningham