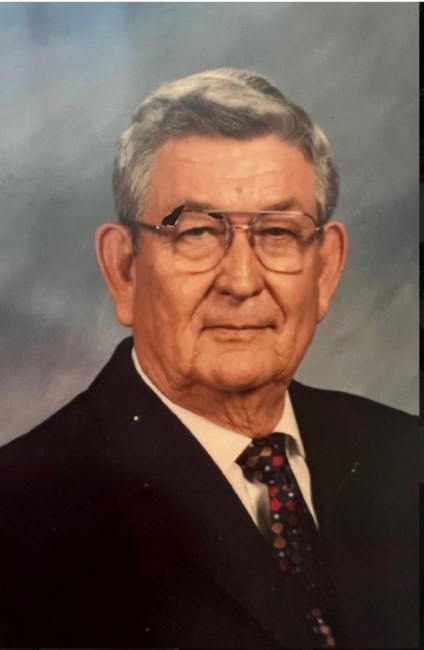 Jackie Charles Ellis, (Jack) passed away peacefully on August 1st in Sanger, Texas when receiving home care due to Parkinson’s and Dementia. Jack was 90 years of age. He was born at home in Vian, Oklahoma. He met and married Jean Rochelle from Sallisaw, Oklahoma in January, 1952. They moved to Wichita to work and raise a family. Jack worked for WB Carter and Boeing before settling with the Wichita School Board of Education. He ended his 30 years of service as a building Engineer at South High School and retired in 1992. Jack loved gospel music. He was taught how to read shaped notes by his mother and would sing at church with his family. He also sang Bass for several quartets for many years. He enjoyed traveling, singing and meeting people and rarely was he at a loss for words. Jack was saved at a young age and was baptized in a creek by his Grandpa, who was a Preacher. He was an active member of each church he attended and would often accept a leadership role when asked. He was a Sunday School teacher, Song Leader, Usher and sometimes a Bus Driver. Other things Jack enjoyed were hunting and fishing, fixing things, planning trips with friends attending Southern Gospel Singings and of course, a good conversation! The important things in life to Jack were salvation, prayer, hard work and a devotion to family. Jack was preceded in death by his parents of Vian, OK; son, Larry Ellis of Thornton, CO and his sister, Charlotte Covington and brother-in-law Louis Covington of Vian, OK. He is survived by his wife of 70 years, Jean Ellis of Wichita, KS, his daughter Gay Jacobs, husband Bond of Montrose, CO, daughter Pam Satterfield, husband Dennis of Sanger, TX. He is also survived by 7 grandchildren, 17 great grand children and 4 great, great grandchildren. A Celebration of Life service for Jackie will be held Tuesday, August 9, 2022 at 11:00 AM at Lakeview Funeral Home, 12100 E 13TH ST N, Wichita, KS 67206, with a burial to follow at Lakeview Cemetery Garden of Terrace. Fond memories and expressions of sympathy may be shared at www.MyLakeviewFuneralHome.com for the ELLIS family.
See more See Less

In Memory of Jackie Charles Ellis