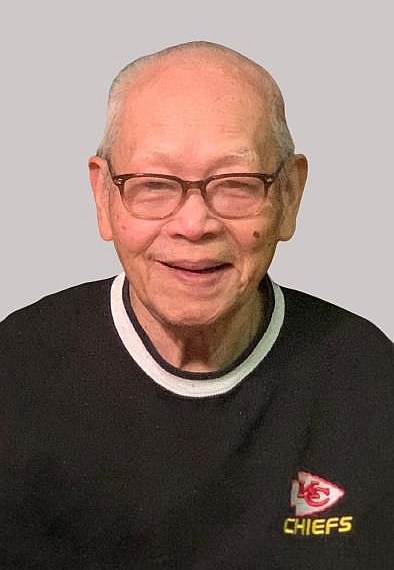 Wen Ping Chen, age 88, passed away on Tuesday, July 26, 2022. He was born on October 10, 1933 in Fucheng, China. With great ambition and dreams, he ventured to the United States in 1979; successfully opening his first restaurant, Beijing Chinese Restaurant, in Augusta, on February 15, 1993. Chef Ping’s legacy began as head chef for the government of Taiwan before his arrival in the United States. While living in California, he entered a chef’s competition in the ChinaTown District of San Francisco and placed 3rd among 1,000 contestants in 1985. Later on, he relocated with his family to Wichita to open his very first business. As an inspiration, two more restaurants - Beijing Bistro El Dorado (opened in 1995), and Beijing Bistro Wichita (opened in 2005), were established, owned, and operated by two generations of the Chen family. Wen Ping is survived by his wife, Pi-Hsin Chen; children, Yen-Lin Chen (husband, Ming P. “Danny” Lee), Shih Chang “Art” Chen (wife, Chi-Chun “Ivy” Lee), Shih Ho “Steve” Chen (wife, Eggie), daughter-in-law, Hui Fang “Melody” Lu; along with grandchildren, Lu-May Liao, Lu-Ling Liao, Gwong-Yao “Roy” Chen, Lu-Hsin “Chloe” Chen, Gwong-Hway “Sven” Chen, and Guang-Hua “Anthony” Liao. Friends and family are invited to attend the visitation from 10:00 am to 12:30 pm, Monday, August 1, 2022, along with his witness cremation at 1:00 pm, located at Lakeview Funeral Home, 12100 E. 13th Street N., Wichita, Kansas 67206.
See more See Less

In Memory of Wen Ping Chen