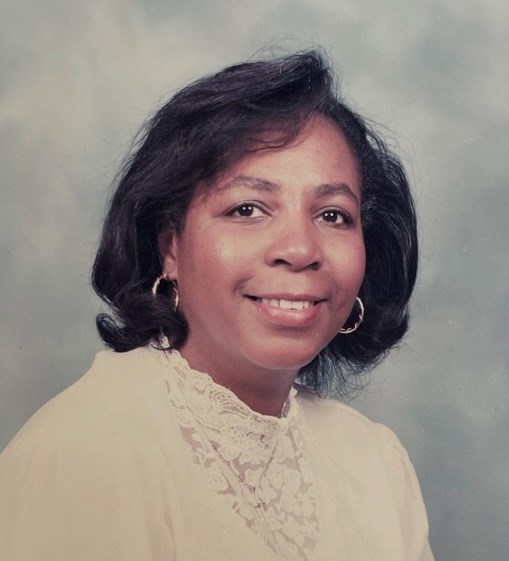 Blondine Elizabeth James Blondine Elizabeth Nickelberry was born on September 17, 1944 in Greensboro, North Carolina. She was the eldest of three to Burgess and Alpha Nickelberry Sr. In 1949, when Blondine was 5 years old, she and her family relocated from Greensboro to Harlem. Shortly after they moved into the Smith Houses in the Lower East Side section of New York City. In 1959 they planted roots in their new family home in South Ozone Park, Queens, New York. Blondine won the “best dressed” superlative when she graduated with her diploma and Cosmetology certificate from Mabel Dean Bacon High School. She was very busy during the holidays, making sure she did all her friend’s and neighbor’s hair for parties and dinners. In April 1966, Blondine married Robert Leroy James in front of family and friends in Jamaica, New York. One year later on April 20, 1967 they welcomed their daughter, Sherrell Loren. Blondine began her retail career at Gimbels department store where she worked in the Accounts Payable department for 17 years, followed by a 6 year tenure at Isotoner. Blondine continued her career at Saks Fifth Avenue, working in the Merchandise Buying Office for the Designer Shoes and Handbags departments. In 2009, at the age of 65, Blondine retired from Saks after 15 years. She loved working at Saks and loved her team of coworkers who became her friends and more like family. Blondine loved Broadway shows, traveling, the beach, shopping and dining at fancy restaurants. Even still, she often joked that she loved junk food over a meal, with chocolate, potato chips, coffee ice cream and Pepsi being her favorites. She enjoyed watching gospel concerts on PBS on Saturdays and old school Western television shows. She loved attending church on Sunday and always supported choir concerts, youth programs, afternoon luncheons, charity events and holiday plays. She took such delight in family traditions like a yearly trip to Coney Island to visit Nathan’s and ride the Cyclone on Memorial Day weekend, watching the Macy's July 4th fireworks and going to see the Radio City Rockettes and the Saks holiday windows during Christmastime with Sherrell and her grandchildren, Ashley and Malcolm. On September 11, 2022 Blondine passed away at home hospice from chronic heart failure after a period of hospitalization. She will always be in our hearts, on our minds and live in our spirits. Blondine leaves a loving family to cherish her memory. She is survived by her daughter Sherrell, who was her very best friend. She is also survived by her grandchildren Ashley and Malcolm, son-in-law Jerome, sister Milbrem, brother Alpha Jr., and a host of nieces, nephews, family and friends all of whom she loved dearly.
See more See Less

In Memory of Blondine Elizabeth James