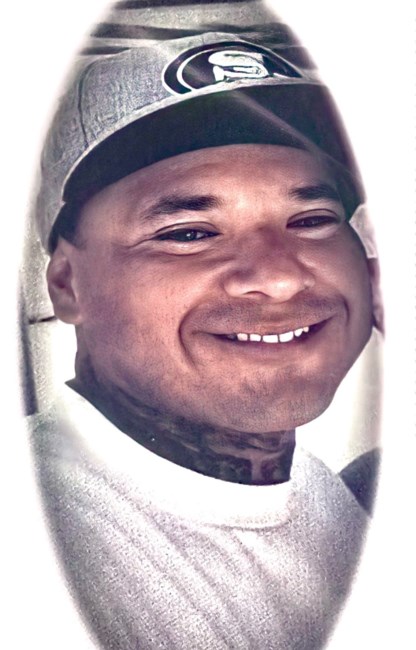 Robert Darnell Maldonado (Bob), age 34 was called home July 21st, 2021. He was born September 13th, 1986 in Tucson, Arizona. He was an enrolled member of the Tohono O'odham Nation. Robert was employed with the Cocopah Tribe for most of his adult life. During his younger years he played baseball, was a traditional Peace & Dignity Runner, a wrestler, and a traditional Peon player. He was also a part of the Cocopah Police Explorers Youth Group. He is survived by his wife, Crystal Connors, his children; Raelynn, Dylan, Mikaela, Talon, and Robert-Reign. His mother, Cynthia (Lincoln) Maldonado, grandmother Irene (Genaro) Sharkey; sisters Amanda and Mary Sharkey, Corina Maldonado; brothers Marvin (Brittany) Sharkey III, Markel Maldonado, and Eric Thomas. Uncle Dale Jim; aunts, Gail Maldonado, Marylou (Jerrell) Brown. Nephews Nathaniel, Isaiah, A.J., and Xavier Sharkey. Cousins, Christopher, Vincent, and Jacob Thomas. As well as other numerous loved family members from near and far. Robert is preceded in death by father Marvin Sharkey Jr., aunt Roberta Maldonado, grandmother Christine Maldonado and grandfather, Ronald Maldonado. Pallbearers will be family and friends of Robert D. Maldonado. You will always be in our hearts Bob! We love you always! Fond memories and expressions of sympathy may be shared below for the Maldonado family.
See more See Less