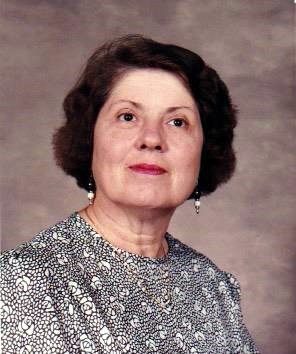 Lou Alice De Alba, 87, passed away on Tuesday, May 3, 2022. Graveside services will be held at 10:00AM, Tuesday, May 24, 2022 in Texas State Veterans Cemetery, 7457 West Lake Rd., Abilene under the direction of Elliott-Hamil Funeral Home. Lou was born on January 30, 1935 in rural Jones county near Anson, TX to Hyram Turner Caffey and Lilly Pearl (McNabb) Caffey. She went to school in Truby and Anson, eventually moving to Abilene where she met and married Ben Greathouse. They had three children, Susan, Sandra and John. A few years after Lou and Ben divorced, Lou met John Joseph De Alba and they married with their union lasting over 38 years until John’s passing in July, 2017. Lou worked for several different companies in Abilene including Timex and Aileen’s until she decided to pursue her childhood dream of becoming a nurse. She went back to school and completed the educational requirements to become a Licensed Vocational Nurse. For over twenty-five years, until her retirement, Lou worked as a nurse at Hendrick’s Hospital as well as various nursing homes in the Abilene and Big Spring area. She loved being a nurse and loved helping people. Lou was a devoted Christian and member of First Baptist Church of Merkel, TX. Due to her and John’s health issues, she was not able to attend as much as she wanted in her later years but she was always faithful about tithing and she always made sure to regularly call her friends from Church and keep in touch with them. Lou loved the Lord and believed with all her heart that one only had to trust in Him for a good, meaningful life followed by all the rewards waiting for his followers in Heaven. Finally, Lou came from a large, close family, all of which were dedicated to helping each other through good times and bad. Lou would go out of her way to help her family and they would do the same for her. She loved everyone in her family. Lou is preceded in death by her husband, John Joseph De Alba; her parents, Hyram Turner and Lillie Pearl Caffey; siblings, H.T. Caffey, Thelma Womack, George Caffey, Ava Lee Mize, C.B Caffey, Hiram Caffey, Burt Caffey, Pauline Sosebee and Curtis Caffey; stepchildren, Julie Hindman and Tony De Alba. Lou is survived by her sister, Patsy Bledsoe and her brother, Talmadge Caffey; her children, daughters, Sandra Duke and Susan Bennett and her son, John Greathouse; stepson, Jay De Alba. In addition, Lou has six grandchildren; Melissa, Lyndsey, Riley and Matthew, children of Sandra; Alexander and Olivia, children of Susan and son-in-law Marc Bennett; as well as numerous nieces and nephews. Fond memories and expressions of sympathy may be shared at www.elliott-hamil.com for the De Alba family.
VER MÁS VER MENOS