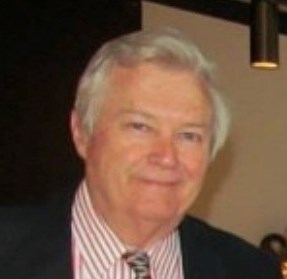 Roger David Nash went to sleep in death on January 23, 2022 at the age of 78. He was born on October 29, 1943, in Memphis, Tennessee to Harry and Helen Nash. In 1961, he earned a degree in Avionics from the University of Memphis. Roger retired from FedEx Corporation in Memphis in 2004. A beloved husband and father, Roger put his family first before everything except for Jehovah God. He was deeply religious and symbolized his dedication to Jehovah in 1958 at the District Assembly in New York City. At a young age, Roger began serving as an elder in his local congregation of Jehovah’s Witnesses and continued serving until his death. On June 10, 1967, Roger married Pamela Fay Tolbert. Together they had two daughters, Jennifer and Lisa. As a Christian husband and father, many admired Roger’s love and devotion to his wife and children. Roger was passionate about his hobby of ham radios. Through the years, he connected with other ham radio operators around the world. Long before the Internet, he would enthusiastically share international news with any visitors to his home and his radio room, which came to be affectionally known as the “ham shack.” Roger’s playful and sometimes quirky sense of humor endeared him to family and friends. He was famous for his Rogerisms–nicknames like Hendro, Taterman, Scrubbrush, and Nanny Goat were reserved for boyhood friends. He referred to himself as a “1943 model” and said he was a hard-headed tightwad when it came to spending money. Pam and her two girls said he thought spending $5.00 for a dress for the convention was all that was needed. He was a softee when it came to these three and he always provided in a fine way. Brother Nash took the lead in his family, in the ministry, and in the congregation. He was an elder’s elder. His serious countenance at the Kingdom Hall did not readily reveal his kindness and generosity to the brothers and sisters in the congregation. He was approachable to old and young and many have shared their love and appreciation for his quiet kindness to them in a variety of matters. Brother Nash was a content person because he knew Jehovah’s promises would come true. We look forward to seeing this fine brother again very soon. Just around the corner… Roger Nash was preceded in death by his parents, Harry and Helen Nash. He is survived by his loving wife, Pam Nash, and his wonderfully caring daughters, Jennifer Eckhart (Shawn), Lisa Babb (Jeremy), and four grandchildren, Conner Eckhart, Lindsey Griffin (Luke), Brody, and Mason Babb, and many friends. Fond memories and expressions of sympathy may be shared at www.pinecrestfh.com for the Nash family.
VER MÁS VER MENOS