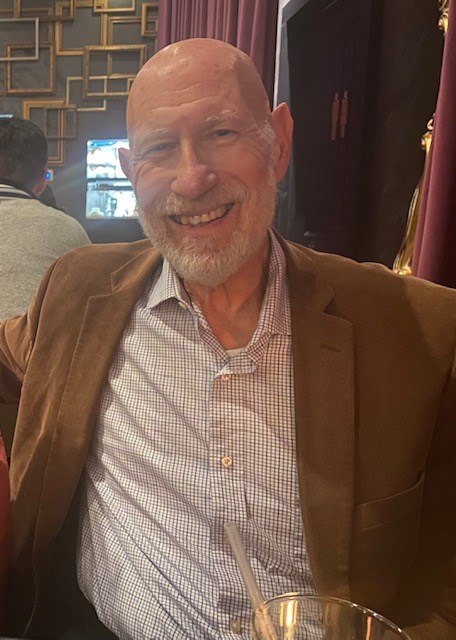 Dr. Stuart Edward Michelson of Orlando, Florida passed away on March 28, 2022. He was born on June 7, 1952 in Kansas City, Missouri. Stuart was a mensch. He treasured being a father and always beamed when discussing the lives of his two children David and Megan. He loved being a grandfather and delighted in the time he spent with his grandson Noah. He was a bright, witty man with a kind, compassionate nature, who loved finance as well as music and the arts. Stuart's life purpose was reflected in his actions. From helping to raise his two younger brothers and his children, to mentoring hundreds of students, to his community volunteer work, Stuart's efforts improved the lives of his family and community. He will be deeply missed by his family and his community. Stuart graduated from the University of Missouri with a Bachelors degree in Mechanical Engineering; an MBA from the the University of Missouri and a Ph.D. in Finance from the University of Kansas. Stuart Michelson began his career in engineering and computer operations, working for Burns & McDonnell and Bendix Corporation. After obtaining his Ph.D, Stuart went on to teach and lead in the academic financial world. Stuart was a professor at Eastern Illinois University, the University of Central Florida and Stetson University. At Stetson University, Stuart was the Department Chair of the Finance Department, Dean of the School of Business Administration and the Director of the Executive MBA program. He was also editor of The Financial Services Review and the Journal of the Academy of Business Education. He received countless honors and accolades: including Professor of the year awards; Researcher of the Year; and Outstanding Service Awards. Stuart was active in many roles throughout his life, leading, teaching and coaching others. His passion for life was helping others. He was a mentor to hundreds of students, and also a leader in service and social organizations. From coaching youth swimming teams, developing international student and faculty exchanges to skydiving, Stuart embraced life to its fullest. Stuart was preceded in death by his parents, Arthur A. Michelson and Mary D. Michelson. Stuart is survived by his son, David (Dara) Michelson of Boston, MA.; daughter, Megan Michelson of Orlando, FL.; grandson, Noah Chapman of Orlando, Florida; his brother James (Roberta) Michelson of Overland Park, KS; his brother Thomas (Jennifer Brazelton) Michelson of San Francisco, CA; his niece, Lindsey (Andrew) Michelson Reich of Philadelphia, PA, his nephew, Spencer Michelson of San Diego, CA. and Barbara Michelson, former spouse. A Celebration of Life will be held for Stuart at Stetson University on April 28, 2022. (Details to come) In lieu of flowers, his family asks that contributions be given to charities he helped and cared about: • Jewish Academy of Orlando • United Arts of Central Florida • Stetson Food Pantry Program • Jewish Federation of greater Orlando
VER MÁS VER MENOS