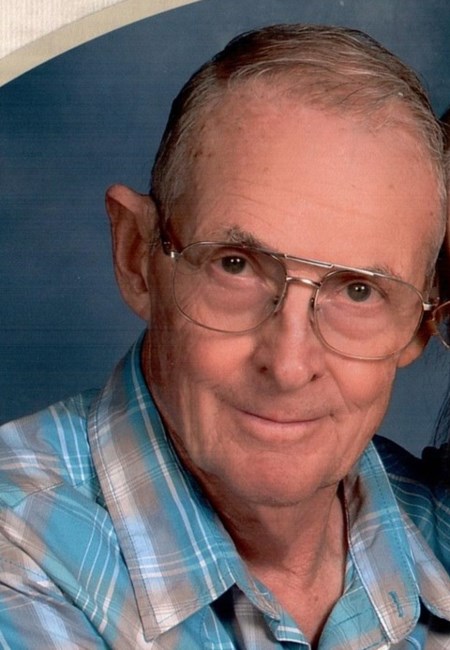 Charles Edwin Krizan, 80, of Amarillo passed away on December 16, 2020. There will be a viewing at Memorial Park Chapel located at 6969 E. I-40 on Sunday, December 20, 2020 from 12pm-5pm and a graveside service at Memorial Park Cemetery on Monday, December 21, 2020 at 2:00pm with Cecil Burch officiating. Charles was born in Amarillo, Texas on May 1, 1940 to Edwin and Katherine Krizan. He married his wife Marrion on July 28, 1959 and they were married 61 ½ years. Charles was a dedicated Christian and attended North Amarillo Church of Christ. He made his career in the Navy and retired as a Senior Chief Petty Officer after 23 years of service. Charles had a passion for talking with people all over the world on his ham radio and his radio handle was K5KBV. He also enjoyed fishing with his grandkids and taking them on trips, helping his grandson work on his race cars, and decorating his house for Christmas every year even winning for “most decorated house”. Charles was a devoted man of God and traveled to several foreign countries as a missionary and touched people’s hearts and lives wherever he went. Charles is preceded in death by his parents, his daughter Kelly, one sister, and two brothers. He is survived by his wife Marrion of 61 years, his son Joseph and wife Stacy, seven grandchildren: Kenzey and husband Erik, Justin, Jowell, Braeden, Chance, Amber and husband Tyler, and Jenna; and six great-grandchildren: Leif, Kyleigh, Kelby, Stetson, Bowen, and Talan.
VER MÁS VER MENOS