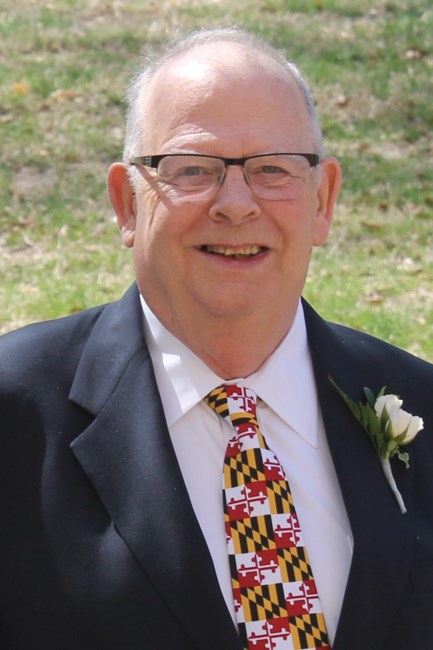 Carter C. Gibson, beloved husband, father, grandfather, and friend, passed away from pulmonary fibrosis on November 22 at the age of 81 in Annapolis, Maryland. He was born July 22, 1940, in Washington D.C., the son of M. Douglas and Margaret (Havlorsen) Gibson.

After having graduated from Bethesda-Chevy Chase High School in 1958, he served in the U.S. Air Force working on missile electronics in Germany. He received his B.S. in electrical engineering from the University of Maryland in 1972 and began working at the NIH Heart, Blood, and Lung Institute where he would spend his career designing and maintaining equipment for cutting-edge research scientists from around the globe. He was involved in several NSF studies that helped him achieve his goal of visiting every continent on the planet (Antarctica twice!).

Carter was a member of the Fleet Reserve Club of Annapolis and volunteered many hours at the First Presbyterian Church of Annapolis with their Food Bank and STAIR (Start the Adventure in Reading) program. Over the past 40 years, he has served as a sponsor for more than 20 midshipmen. He had a slightly off-color sense of humor that was backed by a heart of gold and an engineer’s brain. Many of his friends and family were taught the “right way” to complete a task, sharing with them the secrets to craftsmanship that are no longer practiced by many.

In addition to his parents, he was preceded in death by his first wife M. Eileen McAvoy and his brother Marshall. He is survived by his wife, Katherine Cahill, his daughters Mary (John) Leszczynski and Katherine Gibson, his stepdaughters Janette (Nicholas) Houhoulis and Elizabeth (Clayton) Taylor, his brothers Robert and Phillip, his grandchildren Emma, Ian, Gillian, and Chloe, and countless friends he has made over the years.

A visitation will be held at John M. Taylor Funeral Home from 10am-12noon on Tuesday, November 30, followed by his internment at Bestgate Memorial Park at 1pm. Those who wish to honor Carter in a special way are asked to donate to STAIR Annapolis at https://stairannapolis.org/give/make-a-donation/.