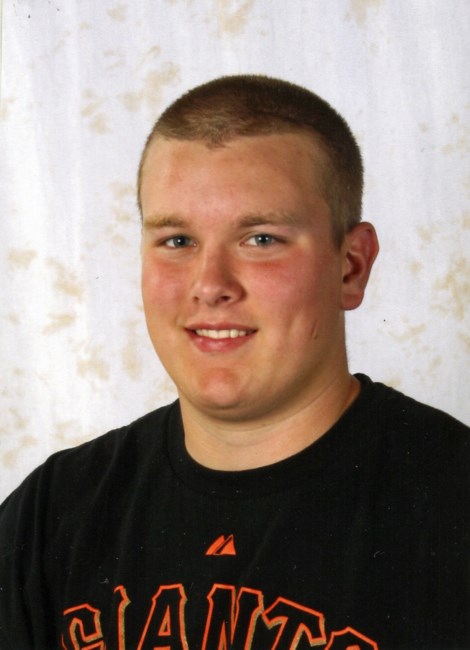 Andrew Michael Thomas We are never alone…for memory is a magical place where foot prints show the way- Darcie D. Sims. Andrew Michael Thomas was born on September 29, 1992 to Elise Eaton Thomas and Scott Thomas at Valley General Hospital in Renton, WA. He wore his first baseball uniform shortly after birth. He was a beautiful rambunctious baby with shiny blond hair and a perfectly round head; we dubbed him “Uncle Fester” (non-baby boomers look it up). As a toddler, he was all boy and had a wonderfully mischievous grin when he knew he was doing something wrong. His first sentence spoken was to his Grandpa Bob while eating ice cream. He asked Grandpa “wanna bite” which took everybody by surprise. He was athletically talented from the moment he could walk. His first athletic victory was at age 3 winning the “Diaper Derby” in Husky Stadium and getting his picture taken with Pat Cashman. Throughout the elementary and middle school years he participated in soccer, swimming, football, basketball, baseball and even a stint on the cross-country team. Andrew grew fast and we all thought football would be his sport. But it was his beloved baseball that was his passion. He was an outdoorsman who loved fishing with his buddies and hunting with his dad. Andrew left our physical world on May 23, 2010. He will be missed by his mother Elise Borden, father Scott Thomas, step-father Brett Borden, Grandparents Bob and Carol Eaton, Bonnie Zebell and Larry Thomas, Curt and Alice Borden, half-brother Cole, step-sister Melinda Borden, Auntie Marcie Eaton, Aunt Shannon Cary, cousins Sarah and Kyle Cary, step-niece Katie, Dali Borden, Jill Albright, Riley Albright-Borden, Doug and Mason Dunkin, countless friends and classmates at Arlington High School, coaches, mentors, teachers and teammates. And of course his cat and the dogs Hanna and Lucy. Someone will remember a fond “Andrew story” and the pain of grief will be lifted for awhile as his smile fills a void. Viewing will be Friday, June 4th from 10 AM to 5 PM at Weller Funeral Home, 327 N. MacLeod Ave., Arlington, WA 89223. Funeral service June 5th at 1 PM at Smokey Point Community Church17721 Smokey Point Blvd., Arlington, WA with a potluck following at Twin Lakes Park, SR 530 at Lincoln Bridge. Memorial donations for funeral expenses can be sent to: Weller Funeral Home address above (360) 435- 2509. Arrangements under the direction of Weller Funeral Home, Arlington, WA.