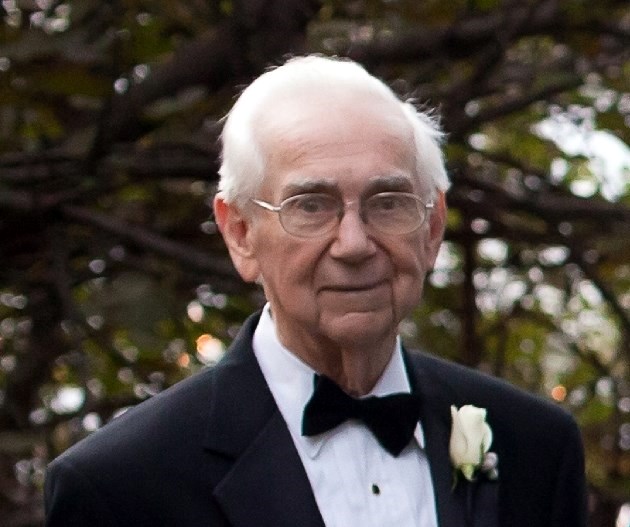 Wilson, Joseph Sealy, Sr., July 16, 1924 - October 13, 2017. Dr. Joseph S. Wilson, Sr. passed away peacefully at his residence on October 13, 2017, from complications of Parkinson’s disease. Joe was born in Sparks, Georgia, the third and youngest child of Louise Sealy Wilson and James Hargrove Wilson, a Methodist minister in the South Georgia Conference. He spent his childhood and adolescence in small and larger towns in South Georgia, graduating from Tipton High School in 1941. He enrolled in Emory University and completed his medical education in 1947, graduating at the age of 22, the first in his class. He spent a year of internship in St. Louis at Barnes Hospital, then returned to Atlanta to complete a Grady Hospital residency in internal medicine. In 1950, Joe married the love of his life, Ann Johnson, and began a two-year enlistment in the Army as captain in the Medical Corps. Returning to Atlanta, Joe accepted a position as a teaching fellow at Emory University Medical School. He devoted himself to heart and kidney research and was instrumental in the development of the artificial kidney machine, now referred to as dialysis. Joe’s expertise in research was exceeded only by his love of the practice of medicine, so when his friends and classmates Drs. Linton Bishop, Thomas Anderson, Daniel Hanky and William Douda invited him to join their private practice, he readily accepted. He practiced until his retirement in 1996 at the age of 72. He was widely respected by his colleagues and loved by his patients. In 1982, he and several other Georgia physicians founded Mag Mutual a physician-owned insurance company, which has since grown to be the eighth largest such company in the country. He served as chairman of the Claims Committee from its founding until his retirement in 1996. Following retirement, Joe and Ann traveled extensively and spent many wonderful weeks at their beloved beach house on Amelia Island. Joe is survived by his three children, Dr. Joe Wilson, Jr. (Sharon), Julia Madsen (Bill) and Brad Wilson (Kathy). He is also survived by six grandchildren and two great grandchildren. Love of family was always at the center of his life. A memorial service will be held Tuesday, October 17, 2017, at 2:00 p.m. at St. John United Methodist Church (550 Mt. Paran Rd. NW, Atlanta, Georgia 30327), with visitation beginning at 1:00 p.m. The family would like to extend their heartfelt gratitude to the compassionate caregivers who tended to Joe with such skill and respect. In lieu of flowers, donations can be made to St. John United Methodist Church.