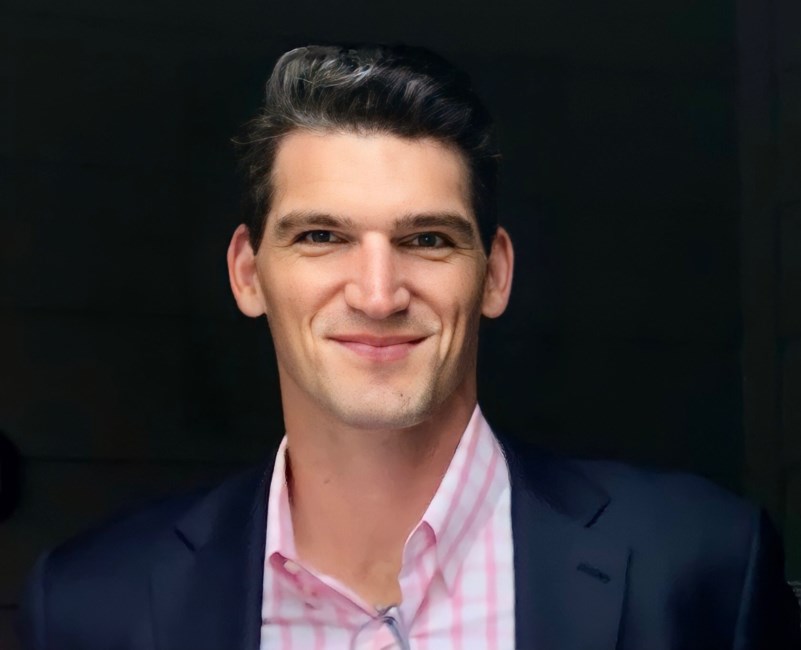 Paul Emmett Duncan III, of Brookhaven, Georgia, a devoted man of faith and family whose leadership and love inspired so many, tragically died on July 16, 2022. He was 35. Paul was a strong and joyful presence in every life he touched. He had a generous spirit, forged by his deep Catholic faith. He had a wide, handsome smile that illuminated special moments throughout his life, especially those with Ellen, his wife of over ten years, and their two daughters, Dillon, 6, and Sloane, 4. A proud Southerner, Paul was raised in Dallas, Georgia. He loved his two parents, Paul Jr. and Julie, his three sisters, Deana, Mary-Margaret, and Bonnie, and his extended circle of relatives, mentors, and friends. They knew from the start that he was an extraordinary person. With grit and perseverance, Paul played his way into the record books at East Paulding High School. He excelled in basketball and football and was eventually named the best offensive lineman in Georgia. He was a model teammate and his legacy in his hometown community is still revered and treasured. Paul then headed to the University of Notre Dame, fulfilling a lifelong dream to play football for the Fighting Irish and to study under the Golden Dome. He earned three varsity letters and made 18 starts as an offensive tackle, playing in high-profile games and leaving an indelible mark with Irish fans. On campus and off, Paul was a larger-than-life figure who was beloved by his close friends and fellow students. He never seemed to miss a Saturday night party or Mass on Sunday morning. He was the epitome of a Notre Dame man. After Notre Dame, Paul spent a year volunteering with AmeriCorps in Indiana, building homes for those in need. He then went into construction management with The Walsh Group, first in Chicago and then in Atlanta. He always took satisfaction in how his career was contributing to what he called “building America,” and his projects included schools and highways. Paul met his wife, Ellen, at Notre Dame in September 2009, beginning a love affair that, from the start and until its heartbreaking end, was overflowing with laughter. Paul embraced the role of husband, supporting Ellen in every way, and he embraced the role of “girl dad,” from building playgrounds in the backyard to doing hair before school. Dillon and Sloane loved Paul’s impromptu dance parties in the kitchen and his adventures with them in the water, whether it was at the lake with family or at the pool with friends. Until his final day, he was a father, son, husband, and brother who appreciated good-spirited competition and games, from Euchre to Scrabble. Regardless of who won, he loved to end the day by kicking up his feet and smoking a cigar to celebrate the cheerful moments that were constants in his life. In a life full of giving to others, Paul’s final gift was a great and lasting deed. He was an organ donor who has already helped numerous patients in need. Paul is survived by his wife, Ellen, and their adoring daughters, Dillon and Sloane; his parents, Paul and Julie Duncan; his three sisters and their spouses, Deana and Nicholas Ham, Mary-Margaret and Matthew Small, and Virginia “Bonnie” and Kiersten Duncan; and many aunts, uncles, cousins, nieces and nephews. A visitation for Paul will be held Sunday, July 24, 2022, from 1:00 p.m. to 5:00 p.m. at H.M. Patterson & Son-Oglethorpe Hill Chapel, 4550 Peachtree Road NE, Atlanta, GA, 30319. Family and friends will gather to celebrate Paul’s life at a memorial Mass on Monday, July 25, 2022, at 11:00 a.m. at Our Lady of the Assumption Catholic Church, 1406 Hearst Drive NE, Brookhaven, Georgia, 30319. Interment will immediately follow at the columbarium on the grounds of the church. In lieu of flowers, memorial gifts in honor of Paul’s work in the community will be gratefully accepted by the Habitat for Humanity of St. Joseph County, Indiana. https://www.hfhsjc.org/donate/
VER MÁS VER MENOS