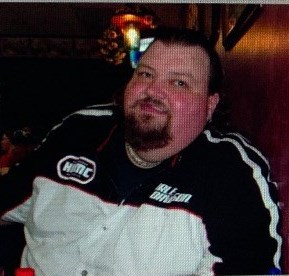 Joseph David Futrell passed from this life and stepped into Heaven September 14, 2022. He was born February 22, 1972 in Murray, KY to Sonya Carol Miller Futrell and the late Joe Pat Futrell. David was a believer in Jesus and faithful member of All Patches Welcome (APW) Biker Church. He was an avid collector, as well as a car, motorcycle and 3-wheeler enthusiast. He followed in his fathers footsteps and delighted in all things wildlife to the fullest. He is survived by his mother, Sonya Carol Miller Futrell, his sister, Melanie Carol Futrell Cardile and her children Cody James (Lindsey) Cardile, Abbey Carol Cardile (Alex Anderson) daughter Phoenix Dae Oliver and numerous extended family members and lifelong friends. A gathering of family and friends for Joseph will be held Sunday, September 18, 2022 from 1:00 PM to 2:00 PM at Memphis Funeral Home and Memorial Gardens, 3700 North Germantown Parkway, Bartlett, TN 38133, followed by a celebration of life memorial service at 2:00 PM. In lieu of flowers the family asks that donation be sent to Memphis Union Mission 383 Poplar Avenue, Memphis, TN 38105, 901.526.8403 Fond memories and expressions of sympathy may be shared at www.MemphisFuneralGermantownParkway.com for the FUTRELL family.
VER MÁS VER MENOS