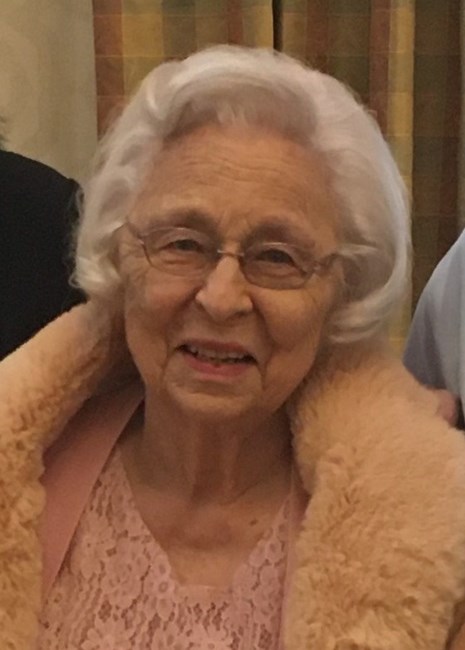 Celeste Rordam Spann was a wonderful mother, grandmother and great-grandmother, who devoted her life helping other people. She passed away on November 14, 2021 at Sunrise Senior Living Center in Baton Rouge. She was 93 years old and a native of New Orleans. At age 9, upon the death of her father, she and her mother moved to Baton Rouge for the remainder of her life. She graduated from Convention Street Elementary School, Baton Rouge Junior and Senior High School and LSU where she was a member of Alpha Omicron Pi sorority, the LSU Purple Jackets and the Canterbury Club. She was an active member of Community Gardeners and particularly instrumental in the 1976 restoration of Historic Highland Cemetery, in charge of youth groups from high schools and LSU who took part in the project. She was a life long member of St. James Episcopal Church and helped start the youth program as well as outreach to shut-in's. For over 25 years she was in charge of the grounds around the church and school. Celeste was proud of her Danish and Norwegian ancestry. Preceded in death by her husband of 58 years Benjamin Leo Spann, Jr., her parents Myrtle Louise "Ganky" Goodman and Claude Joseph Rordam, and grandparents Wanda Polaczek de Pormorski and Ragnvald Bering Rordam, and Celeste Mahier and Benjamin Joseph Goodman. Survived by a son Robert "Bobby" Spann & Connie Hayes Spann, and Benjamin "Benny" Spann & Patricia "Pat" Leger Spann. Also survived by her grandchildren Joseph Spann, Patrick Spann, Chris Vidrine (Jessica), Kevin Spann (Nicole), Shelly Spann Jackson (Grayson). Also survived by her great-grandchildren Kameron and Paxton Spann. A memorial service will be held at St. James Episcopal Church in Baton Rouge on Friday, November 26 at 11:00 a.m. with visitation starting at 9:00 a.m. Service conducted by Rev. Chris Duncan. In lieu of flowers, the family requests donations be made to the St. James Garden Guild or Baton Rouge Alzheimer's Services of the Capital Area.