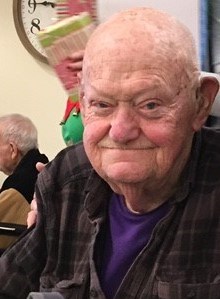 Wilton Richard Stackhouse went home to be with his Lord and Savior, Jesus Christ, on November, 22, 2021. He was born on January, 16, 1937, in Pennsylvania, a 1957 graduate of Baton Rouge High School, and worked at Chenevert True Value Hardware for 54 years. Richard was a member of the Baton Rouge Bayou Lions Club and a current member of the Baton Rouge Southeast Lions Club for a total of 48 years of service. He is survived by his niece and her spouse, Cathy and Perry Sims; a great nephew and his spouse, Bryan and Kacie Sims; and a great niece and her spouse, Stephanie and Russ Bourque. Richard had a total of six great-great nieces and nephews and loved them dearly: Camille, Judah, Logan, Asher, Wes, and Selah. He is preceded in death by his parents, Wilton E. and Emily Chloe Gorrell Stackhouse; two sisters, Nancy S. Richards and Margaret Ann Crouse; and two wives, Barbara and Paulette. The family would like to thank Ron Chenevert and all of Richard’s coworkers who were such good friends over the years, as well as all his fellow Lions Club members. We also thank all those at Landmark South Nursing and Rehab Center who took care of him. In lieu of flowers, Richard requested that memorial donations be made to the Baton Rouge Southeast Lions Club. A visitation will be held on Saturday, December 4th, at 9 am at Rabenhorst Funeral Home East (11000 Florida Blvd) until the memorial service at 10. Interment will follow at Greenoaks Memorial Park where Richard will be laid to rest with his mother.