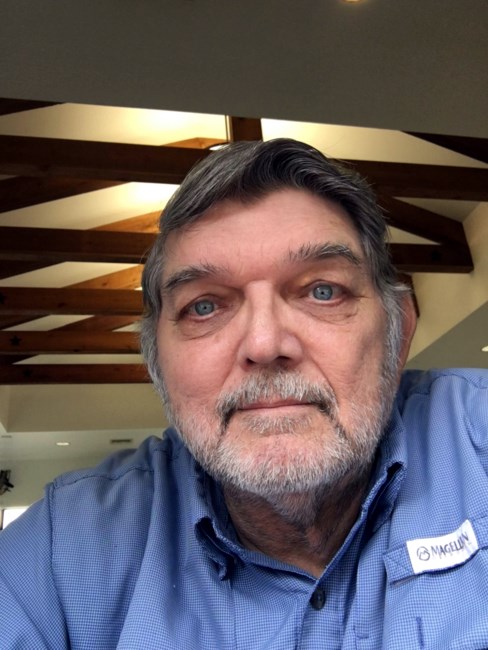 Samuel Zane Compton, 73, of Baytown, TX, passed away peacefully at home on May 9, 2022. Sam was born in Baytown, Texas, on October 11, 1948, to parents Zane and Eula Compton. He graduated from Robert E. Lee High School and attended Sam Houston University before serving 6 Years in the Air Force. During his time in the Air Force, he was stationed in England where he met and married his first wife, Pam. There they had their son Samuel Zane and daughter Miriam. Upon returning to the States, Sam graduated from Lee College with his Associate in Electronics and started his career in Technology. On April 15, 1989, Sam was married to Virginia Mitchell and his family extended with the addition of her children Eric Lynn and Amy Rae. Sam was a man of many hobbies and interests. His most recent hobbies include music, metal detecting, 3D printing, and photography. He loved spending time in the garden and taking sunset walks with his wife and their dog, Rosie. Sam was predeceased in death by his parents Zane and Eula Compton; Brothers Carl Compton and David Compton; Stepson Eric Pattridge. He is survived by his son Samuel Zane and Cristina Compton of Santa Barbara, California; daughter Amy Rae & Russell Kevin Hamilton of Humble, Texas; daughter Miriam and Toni Sinclair of Washington. He is also survived by his 6 Grandchildren: Kaela Bruns, Zachary Pattridge, Rachel Hamilton, Cecily June Compton, James Luca Compton, and Montgomery Joseph Compton. A memorial service for Samuel will be held Saturday, May 14, 2022 from 10:00 AM to 11:00 AM at Earthman Baytown Funeral Home, 3919 Garth Road, Baytown, TX 77521, followed by a reception from 11:00 AM to 1:00 PM. Fond memories and expressions of sympathy may be shared at www.earthmanbaytown.com for the Compton family.
VER MÁS VER MENOS