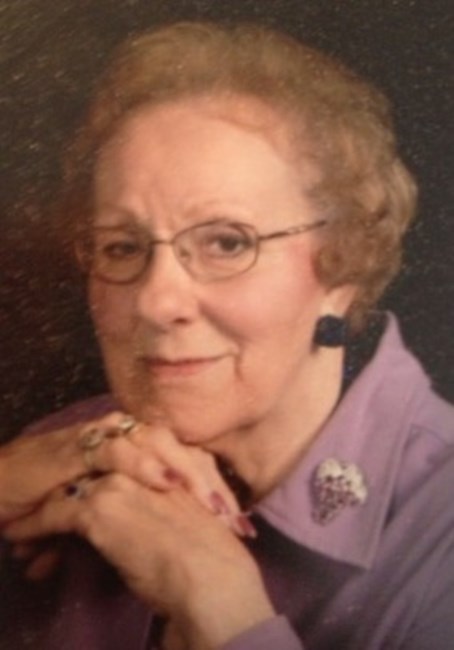 Isabelle Bernadette Beckman, born February 10, 1927, fondly known as “Issy” passed peacefully September 14th, 2021 in her Schertz, Texas home surrounded by her children and grand daughters. She lived a long, joyful and blessed life with family and friends. Isabelle was born and raised in Davenport, Iowa by her parents Carl Seefeldt and Amelia (Balzer) Seefeldt with six siblings preceding her in death (oldest to youngest) Arthur, Lawrence, Antoinette, Mary, Rose and Joseph. She graduated from Immaculate Conception Academy in 1945. As a young adult Isabelle worked in administration for Davenport Besler Corporation, a locomotive manufacturer. She married Thomas Beckman in 1948 (career Navy aviation, retired CPO, deceased in 1997). Tom and Isabelle moved to Seattle in 1949. There she worked for Boeing and they started their family. When the family moved to Hawaii in the early 1960’s, Isabelle was an “Avon Lady” in Ewa Beach and received “Top 10 in the Nation” recognition. She later worked for Fuller Brush Corporation and was recognized as a top sales representative by the Founder, Alfred Fuller. She took hula lessons, and also organ lessons. The Navy family settled in Beaverton, OR in 1972 after Tom’s retirement. There, Isabelle found great joy in working at “The Kathleen Connelly Irish Shop”, expanding her gardens, and entertaining friends. She enjoyed a long, active life full of fun events including aquarobics, monthly “Game Day”, the “Birthday Club”, “Progressive Christmas Dinners” and the Royal Woodlands 4th of July Parade for which Isabelle was the Grand Marshall for a few years, leading the parade in her red/white 1978 Cadillac Eldorado Biarritz. She was a parishioner at St. Cecilia Catholic Church in Beaverton. She enjoyed the final months of her life in “Scenic Hills”, a 55+ community in Schertz, Texas after a big cross country adventure in a shuttle bus the family named “Scenic Ride”. She is survived by sisters-in-laws, Barbara Tinsman and Judy Seefeldt, each residing in Davenport Iowa; her son James W (Jim) Beckman and wife Sharole, Schertz, Texas; Granddaughter Ashley Beckman, Cave Junction, OR; son John C. Beckman and wife Sherrie, Lewiston ID; granddaughter Heather Beckman; and Great Grandson, Wesley Beckman, the apple of Great Gramma’s eye. In addition, there are members of Seefeldt, Allard, Tinsman and extended families, too numerous to mention. Isabelle was blessed to be surrounded by the most loving, entertaining and supportive lifelong friends. At the top of the list we wish to recognize Earl Egan, loyal, supportive, thoughtful and loving companion. Isabelle will be laid to rest with her deceased husband, Tom, at Willamette National Cemetery in Portland, OR. Isabelle’s Celebration of life will be on a website and a Zoom service TBA. Isabelle will be remembered as a loving Wife, Mother, Grandmother, Great Grandmother and Friend who celebrated life, loved much and played often. She lives on in our hearts and minds as we are blessed for having known such a stellar example of graciousness. At the family's request, in lieu of flowers, please send an offering to Scenic Hills Community - Attention: Bereavement Fund, 4830 Scenic Drive, Schertz, TX, 78108 At the top of the page, a tribute video has been created to display moments of Isabelle's life
VER MÁS VER MENOS