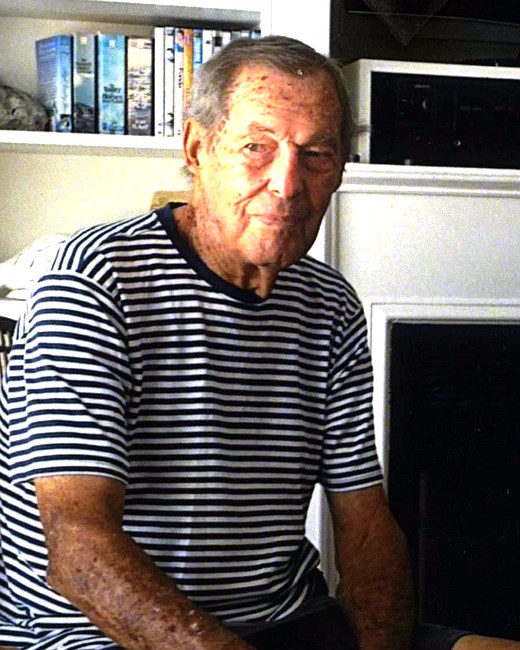 Frederick " Buck" Bullard Breece, age 93 of Leland, North Carolina, passed away on Friday, September 16, 2022. Frederick was born on September 29, 1928 in Cumberland County the son of the late Frederick L. Breece and Ruby Bullard Breece He was also preceded in death by his wife, Marion Griffith Breece, and a son, Frederick Steven Breece. He was a veteran of the United States Army and served in the Korean Conflict. He was a graduate of North Carolina State University and worked with Burlington Industries for over 40 years until his retirement. He and his wife moved from Greensboro to Brunswick County and worked at the Lockwood Folly Country Club for many years, and was a avid Golfer. Frederick is survived by a son, Gary G. Breece of Wilmington. A Celebration of Mr. Breece's life will be held at 3:00 in the afternoon on Saturday October 15, 2022 at Holden Beach Chapel with Reverend Reggie Rushing officiating. Fond memories and expressions of sympathy may be shared at www.whitefuneralservicesupply.com for the Breece family. In lieu of flowers, donations can be made in memory of Mr. Breece to the Holden Beach Chapel, 107 Rothschild Street, Holden Beach, NC 28462. White Funeral and Cremation Service, Supply/Bolivia Chapel.
VER MÁS VER MENOS