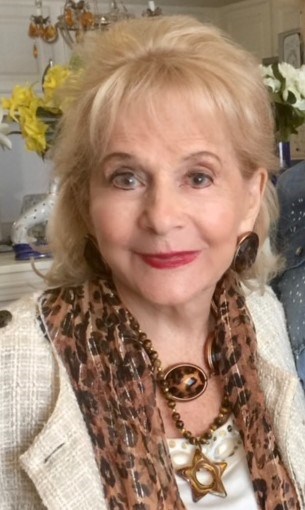 Irene Fagelman Starr, 94, formerly of Newton and Mashpee, MA, passed away on Friday, September 23rd, 2022 at her home in West Palm Beach, FL. Irene will be remembered for her kindness, humor, and generous heart. She was an artist and a free spirit, with a passion for history, Judaism, philanthropy, and social work (having earned her Masters of Social Work later in life). Preceded in death by her beloved husband Herbert Starr, Irene is survived by her two devoted daughters, Karen Starr Golov (the late Manuel S Golov) and Wendy Starr Baker (Jeffrey Baker). She was the cherished Mimi to Brett (Kristen) Golov, Zachary Baker, Travis (Lily) Baker, and Dustin (Morgan) Baker, and the sweetest Great Mimi to Hudson Baker, Quinn Baker, and many granddogs as well. She was the loving sister to Barbara Sidell and the late Sidney Fagelman, and the cherished aunt of Elaine (Stephen) Gordon, Stephanie (James) Sokolove, and Kathy (Carl) Sidell Goldberg. Among the numerous friends and loved ones Irene leaves behind are her treasured caregiver Soledad (Carlos), as well as her advocate Judy Uzzi. Charitable donations in her memory can be made to Peggy Adams Animal Rescue League www.peggyadams.org. Services will be held privately at Sharon Memorial Park. Arrangements under the direction of Stanetsky Memorial Chapel, www.stanetskybrookline.com
VER MÁS VER MENOS