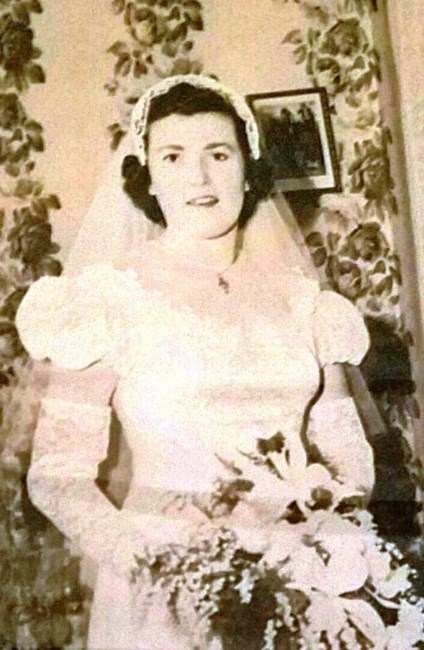 Dorothy “Dot” Madill, age 87, of Brooksville, FL. died on Monday, May 9, 2016 at the Northbrook Health and Rehabilitation Center. Dot was born in Boston, MA on December 15, 1928 to the late Lemuel and Phoebe (Stressenger) Annon. Dorothy was a retired bookkeeper and she enjoyed sewing, knitting, gardening, and traveling with her late husband. When she retired, she and Fred spent their retirement traveling the 50 states, camping and taking cruises. She married the love of her life Fred Madill on May 10, 1952. Fred died on May 13, 2011 just three days after their anniversary. Dot died one day short of their 64th wedding anniversary. Dot was of the Baptist faith. Dorothy was preceded in death by her parents, husband Fred G. Madill, and her son Robert Madill. Dot is lovingly survived by her daughter Carol (Roger) Baxter of Brooksville, FL; grandsons Jacob (Kellie) Platt of Spring Hill, FL and Michael Madill of Riverview, Fl; granddaughters Hilary Platt of Tampa, Fl, Veronica Platt of Brooksville, FL, and Kelly Madill of Riverview, Fl. Dot also leaves behind 6 great grandchildren. Dot’s care and cremation are entrusted to the Turner Funeral Home – Brooksville Chapel, 504 E. Jefferson St. Brooksville, FL. Following cremation Dot will be reunited with Fred at the Brooksville Cemetery. In lieu of flowers, memorial donations may be made to either the Hernando Pasco Hospice Foundation, or to the Humane Society of the Nature Coast, 7200 Mobley Road, Brooksville, FL 34601.
VER MÁS VER MENOS