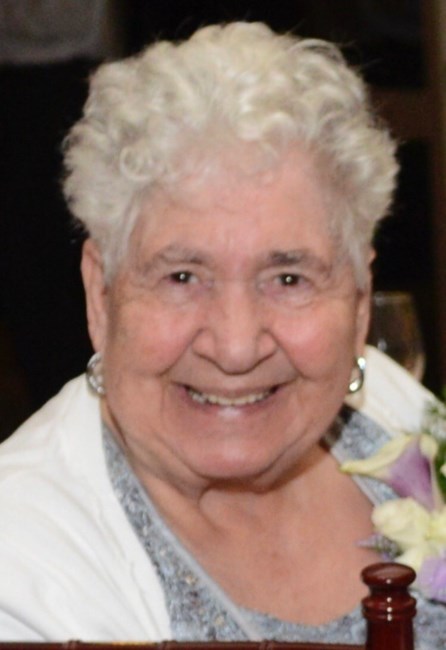 It is with great sorrow we announce the passing of Gloria C. Ducote at the age of 87 on 1/6/21 at St Joseph Hospital in Burbank. She was born and raised in San Diego. Daughter of Albert and Catherine Goble of North Park. She was a graduate of Rosary High and was a devote Catholic. She then worked at North Island Naval Station until she married James P. Ducote, of Krotz Springs, LA. After moving to several Naval location they settled in El Cajon and raised four children, Alphonse, Ruthann, Elainna and Christine. Son Alphonse and daughter Ruthann preceded her in death, as well as did her husband. After her children were raised she worked at Fireman Fund Insurance and later after retirement she and Jim traveled extensively. She loved the Padres, Opera, gardening, singing, dancing and playing Bingo. ​ She moved to La Mesa after her husband's death in 2003, living at Little Flower Haven until they closed 11 years later. In 2015 she moved to Burbank to be closer to her daughter and stayed at Evergreen Retirement where she enjoyed many social activities, including Bingo and ice cream socials. She loved her time at Evergreen, and her daily walks. She resided there until her death on 1/6/21 due to Covid. Always quick to greet everyone with a loving smile and cheerful word. This Angel will be happy serving with our Lord above.​ Services will be held at Valley Funeral Home in Burbank on 2/1/21 at 9:30am.​ She will then be laid to rest at Riverside National at 1pm.
VER MÁS VER MENOS