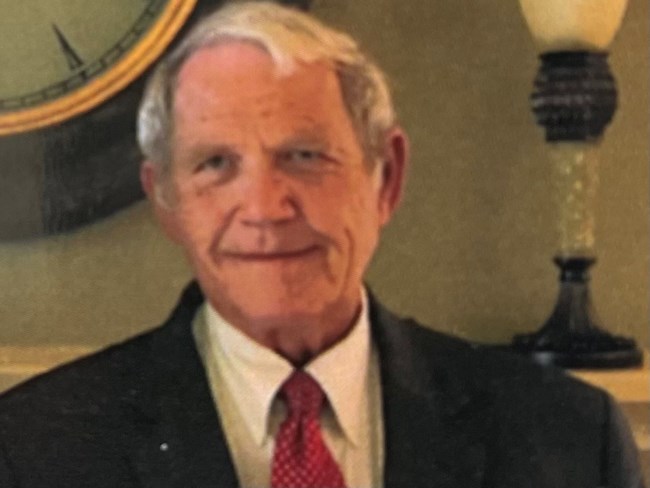 Richard David Mock, age 74, went to be with the Lord on October 5, 2022. Richard was born on December 19, 1947 to Tommy and Ruby Mock in Kingsville, Texas, the third of four children. He grew up in Victoria, Texas and graduated from Victoria High School in 1966. He then attended Texas A & M and graduated in 1970 with an accounting degree. He was a member of the Fighting Fox (F2) Corp of Cadets of which he made many lifelong friends. These guys always looked forward to their annual reunion to tell tales of their four years together. He attended Texas Tech law School from 1970 until graduation in 1973. His first job in the legal profession was with Billy Pratt and his Title Company in Burnet, Texas in 1973. He went to work for District Attorney, Louis Crump as the first Assistant Attorney for the 33rd Judicial District. Then he met Clayton Evans and Christine Webb and they practiced law together until Clayton became the District Judge. After Jim Cross was no longer the County Attorney, he worked with Richard for a couple of years before retiring from Burnet County until he completely retired. In November of 1992 he met Trey Brown who went to work with him and they became law partners in 1999 until his illness. Richard was preceded in death by his parents, Tommy and Ruby Mock. He is survived by his wife of 52 years, Jolene Mock; his 3 sons, Stephen, wife, Mary and children, Savannah and Mason of St. Simon Island, Georgia; Jeffrey (J.R.) and his wife, Heidi and children Ava and Conner of San Antonio; Brian, and wife Stephanie and daughter Madison of Williston, North Dakota. He is survived by three siblings, Doug and wife, Gilda of Seguin; sister, Carol Kilman and husband Mike of Lewisville; Sister Betty and husband Gene of Victoria; plus many nieces, nephews and cousins. There will be a private memorial at a later date. Memorial contributions in his memory may be made to the charity of your choice.
VER MÁS VER MENOS

No service planned at this time