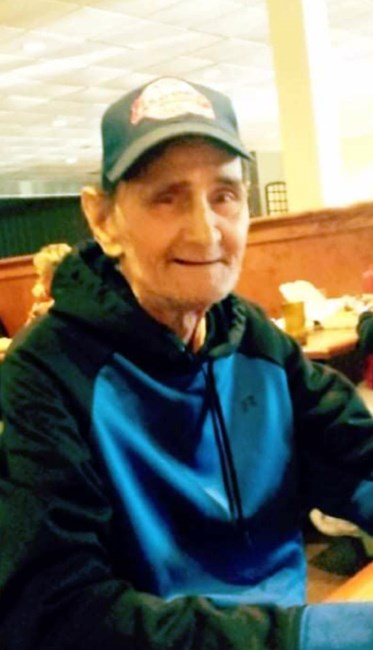 Robert Garner, 82 of Cartersville, Ga passed away Monday June 22, 2020. He was born to Ida Mae and Joseph Lambert Garner (both deceased). He was preceded in death by 2 sisters and 2 brothers; Essie, Cordelia,James and Jerry. He was also preceded in death by his daughter Pamela and her daughter Angela Faith. He was also preceded in death by his girlfriend Francis, of over 30 years. Robert is survived by his brother, Billy Garner. He is also survived by his daughter, Angela Garner and her mother Margaret. He is survived by 7 granddaughters and 1 grandson and many great grandchildren. He is also survived by Francis' grandchildren and children who he became a father and grandfather to. Robert spent his last 2 weeks with his daughter Angela and his granddaughter Tammy Lynn by his side. Robert loved to smile! His favorite things to do were watch baseball (root for the braves) and fishing. A Memorial Service will be conducted at 2:00 pm on Thursday, June 25, 2020 at Owen Funeral Home with Rev Kenny Jacobs officiating. The family will receive friends from 12:00 pm until 2:00 pm on Thursday, June 25, 2020. There will be no burial. Please visit www.owenfunerals.com to sign the on-line register. Owens Funeral Home 12 Collins Drive., Cartersville, GA has charge of the arrangements.
VER MÁS VER MENOS