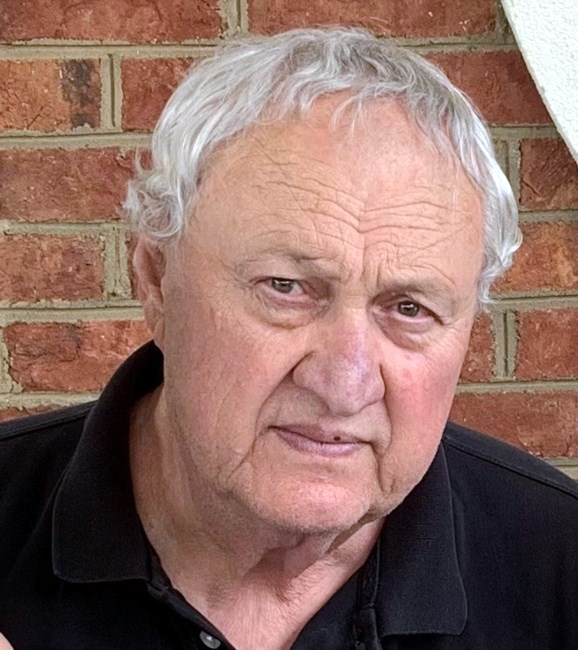 Joseph Albert Taffoni, Jr., 76, of Chapin, South Carolina passed away Monday, July 26, 2021 in his home after a courageous two-year battle with Primary CNS Lymphoma. Joe was born in Brownsville, PA and was the only child of Joseph Albert Taffoni and Agnes Cseko Taffoni. He grew up in Nemacolin, PA and attended Carmichaels High School in Carmichaels, PA, where he was an outstanding football and baseball player. He accepted a full football scholarship to play at West Virginia University where he was a three year letterman and Captain. He played in the first ever indoor football game when WVU played in the 1964 Liberty Bowl in Atlantic City. He transferred to University of Tennessee at Martin for his senior year and was then drafted in the fourth round by the Cleveland Browns. He played four years for the Browns where he earned the starting right offensive tackle position. While with the Browns, he played in the first Monday night football game when the Browns hosted and defeated the New York Jets 31-21. He was traded to the New York Giants in 1972 and was their starting right offensive tackle. During the 1972 season, Joe and his fellow offensive line teammate Doug Van Horn gave up the fewest quarterback sacks in the entire league. Joe had many honors during his football career. While at West Virginia, he was All-Southern Conference and second team All-American. He was named to the WVU all-decade team for the period 1960-1969. University of Tennessee at Martin elected him into their Athletic Hall of Fame in 1989. While with the New York Giants, he was named to the 1972 All–NFC team. Joe retired from pro football in 1974 due to an injury and began a college coaching job with his former New York Giant teammate Joe Morrison at the University of Tennessee-Chattanooga. He coached there for 3 ½ years and then left college coaching for a successful career in the business world. He moved his family to Medford, New Jersey in 1977. He worked in sales for the 32 years that they lived in Medford. During that time, he accepted a football coaching position at Holy Cross High School in Delran, New Jersey. His family always teased him that while his main job was in sales, his favorite job was coaching football. He loved working with the young athletes and coached at Holy Cross for 16 years and Paul VI High School for 2 years. Holy Cross won three state championships, including the Parochial Group 4 New Jersey state championship against Don Bosco 41-40. Joe always said that he wanted to give back to the sport that had given him so much enjoyment. He was so very proud of all the young men he coached and compiled a list of 250 student athletes who received football scholarships to college. Joe never wanted the praise for himself, but instead wanted the young men to learn discipline and success both on and off the field. Holy Cross honored Joe and his son, Matt Taffoni, by selecting them to the Holy Cross Football Hall of Fame. Coach T, as he was affectionately known by the players, was famous for his sayings or “Taffonisms”. Many of his former players, both in college and in high school, called him during his illness and made him laugh at some of the sayings he had. He was a great storyteller and shared many stories, poems, and a few songs with his Facebook friends. Joe’s pride and joy was his family. He instilled in his children and grandchildren the importance of family and told many stories of growing up and the role his Italian family heritage had in shaping him. He was a wonderful cook and spaghetti dinner at Pop Pop’s was a family favorite. He made many recipes that his Nona taught him and his sauces were delicious. He loved to fish and shared this love with his son, son-in-law and two grandsons. He also enjoyed drawing and, during his illness, found that this hobby brought him great joy. He shared his love of drawing with his two granddaughters. Pop Pop’s pictures are displayed in the rooms of both girls. He will be remembered as a loving husband, father, and grandfather. He is survived by his wife, Susan, to whom he was married for 52 years and by his son, Matt Taffoni, M.D, and his two children, Larkin and Matthew and by his daughter, Maria Hetlinger, AuD., her husband, Ross and their two children, Mason and Anna. He is also survived by his brother-in-law, John Gilbert and wife, Laurel and Tim Gilbert, M.D. and his wife, Kathy, along with nephews, nieces, and cousins. He was preceded in death by his parents, Joe and Agnes Taffoni; his grandparents, Umberto and Candida Taffoni; brother-in-law, Jim Gilbert; cousin, Rosalie Barli and niece, Julia Gilbert. A Memorial Service for Joe will be held at 10:00 am on Thursday, August 5, 2021 at Our Lady of the Lake Catholic Church in Chapin, South Carolina. Caughman-Harman Funeral Home, Chapin Chapel is assisting the family with arrangements. Our many thanks to the compassionate care he received from his nurse, Julie and his aide, Heaven, from Prisma Hospice. Also thanks to our many friends who reached out to make his final weeks so memorable. Donations may be made to the Leukemia and Lymphoma Society or to Our Lady of the Lake Building Fund, 195 Amicks Ferry Road, Chapin, SC 29036. Fond memories and expressions of sympathy may be shared at www.caughmanchapin.com for the Taffoni, family.
VER MÁS VER MENOS