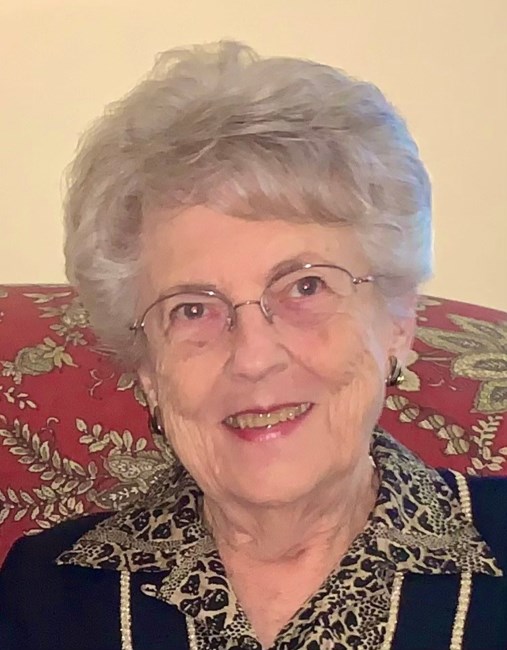 Marjorie Elise Grayson Canady, 87, of Charlottesville, passed from this life to be with the Lord on January 19, 2022. Marjorie was born on November 11, 1934 in Sewanee, Tennessee, grew up primarily in Nashville, Tennessee, and has resided in Charlottesville, Virginia for the past 50 years. Marjorie is the daughter of the late Solon Kelly and Frances Lyle Ewing Grayson. She is preceded in death by her parents, her sister Anita Claire Grayson Earthman (Ben), and her step-grandson Abraham Albert Granger. Marjorie is survived by her husband Robert Lynn Canady and their children Carol Elise Canady, Donna Canady Sylvester (Caleb), Robert Grayson Canady (Sita), and Sarah Emily Canady (Douglas). Marjorie also is survived by her sisters Frances Avalyn McMurry, Eleanor David Grayson, and a brother Allison Hall Grayson, and grandchildren Lauren Elise Payne; Thomas Grayson, James Nathan, Michael Hunter, Luke Augustine, Andrew Gregory, and Stephen Joseph Canady; Anna Katharine, Elizabeth Colette, and Alden Carter Canady Schultz; and Annabel Patricia, Alan Benjamin (Oak), and Abigail LeClerc Granger. She also is survived by many nieces and nephews. Marjorie graduated from Hillsboro High School (Nashville, TN) in 1952, and later graduated from Middle Tennessee State University in 1957. Professionally, Marjorie worked as a high school English teacher. When children were young, she was a devoted full-time homemaker and later worked as a realtor. At the age of 17, Marjorie took Jesus as her Lord and Savior and was baptized. As a member of Cherry Avenue Christian Church, she enjoyed spending time with and contributing to class discussions in the Crusaders group. She enjoyed music and could play the piano by ear, often choosing inspirational songs and traditional Christian hymns. She is known to family and friends for her wit and good humor. In spite of a three-year battle with cancer, she uplifted the spirits of those around her and remained strong in her faith. A private family service will be held on Saturday, January 22, 2022, at Cherry Avenue Christian Church in Charlottesville, VA with burial following at Monticello Memorial Gardens Cemetery. Sons and grandsons Robert Grayson Canady, Caleb Sylvester, Douglas Gregory Granger, Thomas Grayson Canady, James Nathan Canady, and Michael Hunter Canady are serving as pallbearers. A celebration of Marjorie’s life will be announced at a later date. In lieu of flowers, memorial contributions can be made in the name of Marjorie Canady to: 40 Days for Life www.40daysforlife.com *Ask for Mary Treybig (979) 307-8389 to give in memoriam, The Gideons International www.sendtheword.org, or Advancing Native Missions www.advancingnativemissions.com. An online guestbook is available for the Marjorie Grayson Canady family at www.teaguefuneralservice.com.
VER MÁS VER MENOS