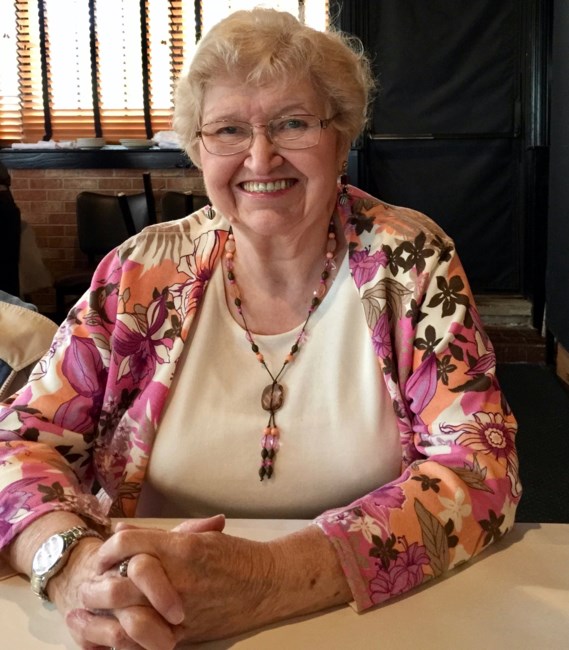 Visitation will be from 4 to 8 p.m. on Friday, Nov. 26, at McGann & Sons Funeral Home, 10727 S. Pulaski Road, Chicago. The funeral will be on Saturday, Nov. 27 at 10:30 a.m. at St. Germaine Catholic Church in Oak Lawn. A family graveside service will take place at noon on Monday, Nov. 29, in Cullom, Ill. Born March 30, 1930, Mary Ruth Carney was the only child of Mary and Thomas Carney. Home was a family farm near the small town of Chatsworth in Central Illinois. Later, the family left the farm behind and moved to Chatsworth to run a tavern. Life wasn’t easy, and she learned early on the value of hard work. At age 11, it was time for another move—to Chicago.

Adapting to her new world was rocky at first, but she did her best. After graduating from Loretto Academy, she met a tall, handsome man who had grown up near her hometown. The man was E. James “Jim” Donahue. They were married in 1952 and raised five children in their Oak Lawn home. Space and money were tight in those early years, especially as they made room for aging parents. Ever the hard worker, Mary balanced caregiving, child-rearing and work at a few jobs before landing at Brother Rice High School, just down the street from home.

As office manager and receptionist, she thrived in a place that valued multitasking before the term was invented. Mary could offer a kind word to a struggling student, a sharp word to a troublemaker, and make it clear to the administration that she deserved respect. Mary was no pushover. Brothers and fellow staffers at Brother Rice became lifelong friends.

While Mary worked hard, she and Jim made time for fun, too, and their house was a social hub for friends and family. It didn’t hurt that she was a great cook, and no one left hungry. Church was a key part of her life. Mary and Jim were founding members of St. Germaine Parish, and Mary volunteered for many years with COURAGE, an organization providing support for women facing unexpected pregnancies.

Mary and Jim enjoyed traveling, especially to visit children and grandchildren in California, Colorado, and Iowa over the years.

No outside food or drinks allowed, and masks are required by the Illinois State mandate.