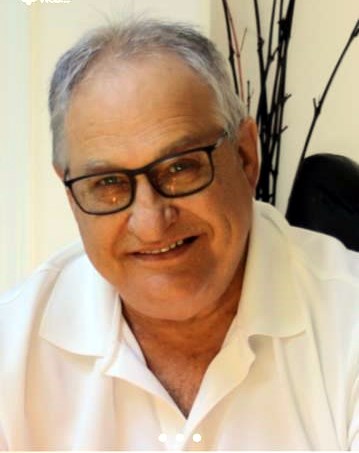 Dick Mortenson passed away Friday, January 21st, 2022 while under care of the cardiac care unit at Abbotsford General Hospital. Dick was born April 29th, 1948 in Edmonton to Isabel and Niels Mortenson. He was raised in central Alberta with his beloved sister, Barbara, surrounded by a wonderful community of family and friends, including his future wife and the entire Watt family. Dick was an active young man, taking up and excelling at hockey from an early age. Being on the ice was one of his happy places and following hockey was an enjoyment Dick held all of his life, whether playing or watching. In 1969, he married Dianne (Watt) and together they had two children, Brandi and Shane. The family settled into a life together, although in the early days, playing professional hockey meant lots of travel. After leaving hockey, Dick went on to technical training at NAIT, becoming an electrician. This led to a long and fulfilling career with TransAlta at both Brazeau and Sundance in Alberta. After 35 years of marriage, Dianne succumbed to cancer in 2004, leaving Dick, Brandi and Shane to face the world without her physically by their side. In 2007, Dick met Betty Moulton who would go on to join him on his life path which included spending warm winters in Mexico and Texas along with loving friends they made from far off places. These friends reveled in life as much as Dick and Betty so made great partners for joy and fun. When travelling back and forth became more challenging while Alberta winters also got harder, Dick and Bet moved to Harrison Hot Springs in 2014. It was there that they discovered a new community of friends within Harrison Lake Estates and made more wonderful memories as members of the Harrison Yacht Club. During their time in Harrison, Dick was proud to witness his grandchildren Taylor and Jayde (Brandi) grow into accomplished adults and welcomed Frances and her daughter Taeya (Shane) into the Mortenson family circle. Dick and Bet lovingly accepted two other members into their family when they adopted the real rulers of the Mortenson roost, in the form of their much-loved dogs, Ruby and Bandit. As their years together progressed, Dick’s health deteriorated, leading to his need for regular dialysis and then with challenges to his heart. Throughout, Betty took on additional roles beyond loving partner and fun seeking best friend; she became a comfort, not just to Dick but to those who loved him, as a strong caregiver and health partner. Dick had many physical challenges in the latter part of his life but he will always be remembered for his wit, banter and wicked sense of humour. Dick Mortenson was a man who loved large and deep. He loved his family and friends with his whole body and soul and was truly loved in return. He will be greatly missed. Fond memories and expressions of sympathy may be shared at www.hendersonsfunerals.com for the MORTENSON family.
VER MÁS VER MENOS