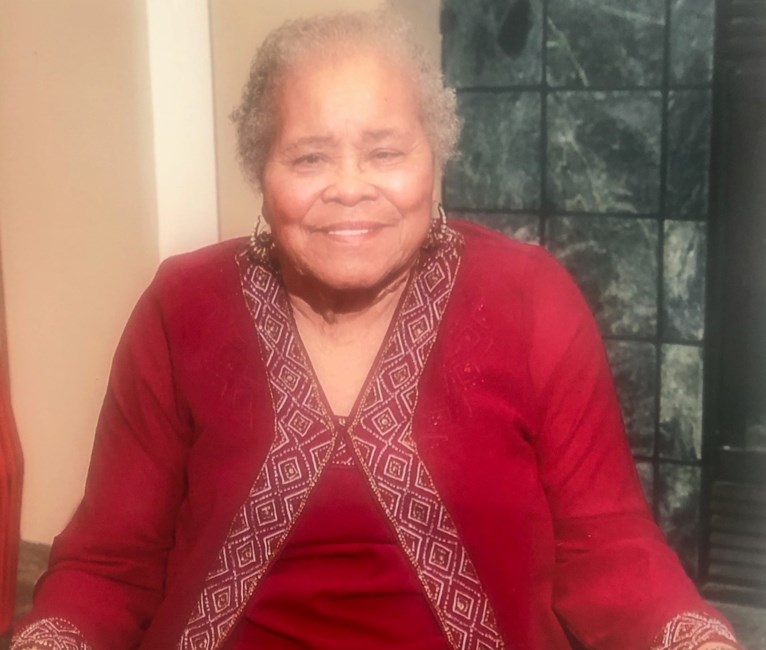 Mary Evelyn Haggerty Haygood was born on May 10, 1930 to the union of the late Green Haggerty and Irene Martin in Wetumpka, Alabama. Green and Irene would give birth to three children together: Major Haggerty (deceased) Marie Haggerty Jordan (deceased) and Mary Evelyn. Mary was the youngest of thirteen siblings altogether by her dad, all of whom preceded her in death. Mary attended Cathmagby School in Wetumpka and was a very good student. She loved to read and liked and do arithmetic. She confessed and accepted Christ at an early age as her Lord and Savior. She was a member of the Loving Peace Baptist Church, as was the rest of her family. Her dad was one of the founding deacons there. On March 10, 1946 Mary was joined together in Holy Matrimony to the late Roy Haygood of Tuskegee, Alabama and to this union three children were born: Roy Haygood, Jr. (9/14/1948-12-9-2012)), Renee (1959), and Ron (1960). In 1952, Roy and Mary decided to move their family to Cleveland, Ohio along with her mother and sister. Mary joined Mt. Herman Baptist Church under the leadership of Rev R. F. Fuller where she was a faithful member until 1955. She then joined Second Tabernacle Baptist Church where she served on the Usher Board until 1959 and later joined New Joshua Missionary Baptist Church under Rev. C. W. Vance and after his death, Rev Walter Humphrey (cousin). She served faithfully as an usher there too. In 1975, Mary joined the Beulah Baptist Church under Rev. Emery Woods Sr. where she dutifully served on the Usher Board, Fellowship Club, and as president of the Missions Board. One of favorite things to do in that capacity was to organize and deliver food baskets to the needy. In 2000, her son Rev. Haygood Jr. was called to assume the pastorate of the New Damascus Missionary Baptist Church and Mary joined there serving and helping in every way she could. She remained there until 2011 when Rev. Haygood resigned due to health issues. She immediately aligned herself into another community of believers under the direction of Pastor Stephen Sullivan at Gladstone Baptist Church where she remains a faithful member until she relocated to Lawrenceville, Georgia (25 miles NE of ATL) to reside with her daughter Renee and grandson Mark. In Georgia she immediately sought out a church home and joined the Salem Missionary Baptist Church in Lilburn, Georgia under the spiritual oversight of the Rev. Dr. Richard B. Haynes. She also before becoming immobile loved to fellowship at Salem Baptist Bible Church under the renown direction of Rev. Jasper Williams. She knew and valued the importance of having a Church Home and Spiritual Covering. Mary began her career as a Seamstress in 1952 with Cleveland Fabric and the Pana Drapery. Mary started her own custom made drapery business occasionally employing relatives and friends while maintaining her full-time employment and raising her family. She was an energetic and hard worker. Mary was hired by General Motors as a Seamstress and worked there until her well, deserved retirement in 1992. Mary loved to cook and bake especially German Chocolate Cake and Lemon Meringue Pie. She loved to travel, read, listen, to Gospel music, and hearings the Word of God. Her favorite past times were doing crossword puzzles, watching Wheel of Fortune, Jeopardy, Steve Harvey & Family Feud. She relished praying for and talking to her many nieces, nephews, grandchildren, family members, friends and neighbors whenever they’d call. She would perk up and beam at 12 noon everyday she knew her grandson Michael was gonna call and all her healthcare aides knew to have that phone by her bed at that time. Mary was preceded in death by her husband and stepdaughter, Willa Mae, parents, siblings, and eldest son. She was the last of her generation. She leaves to cherish wonderful memories her loving children: Ronald Haygood and Renee Haygood; her grandchildren; Michelle Haygood, McCain (Christopher), Michael Haygood (Tamikka), Sydney Haygood, Jaron Haygood (Emily). Mark Haygood, John Haygood and Linda Forte and Michael Forte. Her great grandchildren, Monte Sommerville, Michael Roy Jr., Adaya Michelle, her great great granddaughter Mia and her daughter in law, Beverly Ann, and a host of nieces and nephew, cousins, relatives, and friends to mourn her loss.
VER MÁS VER MENOS