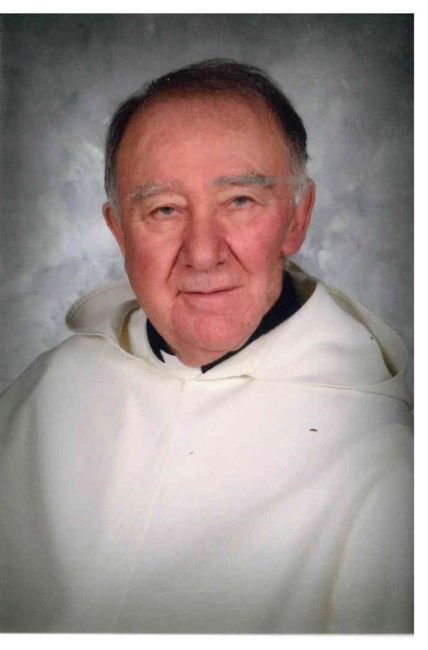 Rev. Fr. Arcangelo Manzi, O. de M. The Order of the Blessed Virgin Mary of Mercy mourns the loss of a dear Friar, Father Arcangelo Manzi, O. de M., who entered into eternal life on Tuesday, April 21, 2020 after being infected with the covid-19 virus. Father Manzi died in Marymount Hospital, Garfield Hts., Ohio. Father Manzi was born in Carife, Italy on September 19, 1938 the son of Giovanni and Maria Carmela Gallo Manzi. He joined the Mercedarian religious Order in1954 and entered the Novitiate in Nemi, Italy in 1955. Completing his Novitiate studies he professed his first vows as a Mercedarian Friar on September 24, 1956. He then continued his studies in Philosophy and Theology in Rome, preparing him for priestly ordination. He made his solemn final profession of vows on September 24, 1962 and was ordained a priest in Rome at the parish of Our Lady of Mercy on the 28th of June 1964. For the next nineteen years Father Manzi served in various Mercedarian communities and parishes throughout Italy. In 1983, while serving at the shrine of Our Lady of Bonaria on the island of Sardinia, Italy he became ill. He was diagnosed with cancer and at the urging of his family, most of whom had immigrated to the United States, he received permission from his religious superiors to travel to New York City for treatment at Cornell University Hospital. Fr. Manzi stayed with his family in Holmdel, New Jersey during his recovery. After his recovery Father Manzi asked his Provincial if he could continue serving the community in the United States Vicariate and in early 1985 moved to the Monastery of Our Lady of Mercy in Philadelphia. In Philadelphia he lived with the community and studied the English language. Beginning in 1986 and continuing until 2003 he served in various positions in our religious communities that minister in the Archdiocese of Philadelphia and the Dioceses of Cleveland, Buffalo,and St. Petersburg, Fl. From 2003 to 2012 Father Manzi returned to Italy and served as a prison chaplain and also as pastor in a Mercedarian parish there. He returned to the United States in 2012, assigned to Our Lady of Mt. Carmel Parish in Cleveland, Ohio and as chaplain at Lutheran Hospital. In addition to his brothers in religious life Father Manzi was also loved by his family. Father Manzi was very close to his siblings; the late Gerardo and his wife Maria of Messina, Italy and his sisters Felicina DiGirolamo and her late husband Joseph of North Carolina and Antonietta and her husband Lorenzo Cifelli of New Jersey. He will also be remembered as a wonderful zio (uncle) by his many nieces and nephews whom he loved very much; Pasqual DiGiroamo (April), Rita Halpin, Joanne Lawhorne (Sam), Dora Ciaglia (Bruno), Enrico Cifelli (Eva), Michelle Bocchieri (John), Giovanni Manzi (Francesca), and Maria Grazia Manzi, as well as 12 great nieces and nephews. In light of the current restrictions caused by the covid-19 pandemic a private Funeral Mass will be held by the Mercedarian Friars and family. A public Memorial Mass celebrating Father Manzi’s life will be held at Our Lady of Mt. Carmel in Cleveland at a later date.
VER MÁS VER MENOS