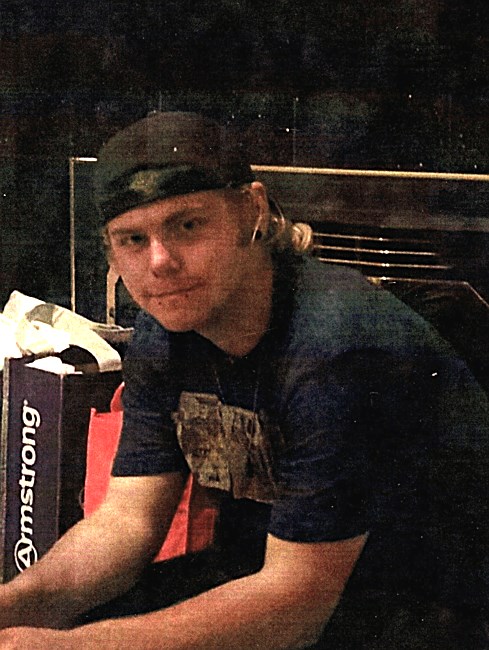 Austin Daniel Smothers, age 27, of Clovis, California passed away on Wednesday, September 14, 2022. Austin was born October 2, 1994 in Fresno, California to Marilyn Windsor and David Smothers. Austin was preceded in death by his sister Michelle Smothers and his grandparents Kenneth and Linda Small. Austin is survived by his daughter's Dakota Smothers and Riley Smothers, and their mother Krystal; his loving mother Marilyn Windsor of Clovis and his father David Smothers of Fresno; his brother Joseph Windsor (Katki Molloy-Windsor) of Hollister, his brother Kenneth Windsor of Indiana, his little sister Kimberly Smothers of Clovis, his brother David Smothers, his brother Christopher Smothers and his sister Kirsten Smothers; his grandmother Nancy Whalen. His Aunt Dianne and Uncle Ron Weber of Clovis (whom he lived with and were fostered for many years until he became an adult). His Uncle Michael Small of Waco, Texas; Uncle Alex Small of Clovis; Uncle Robin Small (Kimiko Small) of Fresno and Uncle Robert Smothers (Christine Smothers). Austin leaves behind many nieces, nephews, beloved cousins, and the many family friends that had been in his life all along. Austin graduated from Clovis Buchanan High School. He was a very bright person and had a knack for tinkering and figuring out how things worked. He had a memory for facts and would love to share his knowledge. He mastered the guitar at an early age. He enjoyed riding motorcycles in the desert with his Dad Ron, Uncle Steve, and life-long friend Kyle Richardson. Austin worked at Caps Powder Coating. A Graveside Service for Austin will be held Tuesday, September 27, 2022 at 12:00 p.m. at Clovis Cemetery, 305 North Villa Avenue, Clovis, California 93612. Serving as Pallbearers are Nathan Weber, Rob Small, Alex Small, Cameron Small, Ralph Schroeder, Robert Smothers, Joe Windsor, and Mike Small. Fond memories and expressions of sympathy may be shared at www.boicefuneralhome.com for the Smothers family.
VER MÁS VER MENOS