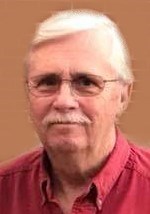 Harry L. Breeland, age 71 passed away Thursday, September 15, 2022 in Cookeville, TN. He was a lifelong resident of Columbia, MS and had worked 34 years in construction. Harry was a loving husband and cared deeply for his family and for others. He was a devout Christian and attended New Beginnings Church. He loved God and desired that all would know God and have a personal relationship with Him. Mr. Breeland was preceded in death by his parents, Robert Breeland and Jimmie Lee Smith Breeland; a sister, Barbara Manor; and brothers, Johnny Breeland, and Allen Breeland. His memory will be forever cherished by his wife of 48 years, Cathy Breeland of Columbia; a sister, Judy Nava (Fega) of Batesville, AR; six brothers, Milton Breeland of Tylertown, MS, Billy Breeland (Barbara) of Sandy Hook, MS, Donald Breeland (Doreen) of Monticello, MS, Glen Breeland of Foxworth, MS, Herbert Breeland of Columbia, and David Breeland (Soyna) of Tylertown; and numerous nieces, nephews, and other extended family members. Funeral services will be held at 11:00 AM on Tuesday, September 20, 2022 at Colonial Funeral Home in Columbia where family will receive friends from 9:30 AM until service times. Reverend Ken Stover will officiate services with burial to follow at Woodlawn Cemetery assisted by Konnor Fulbright, Brody Fulbright, Jorden Conerly, Benton Tucker, Dustin McNease, and Blake McNease as pallbearers and David Breeland as honorary pallbearer. In lieu of flowers, contributions in Harry's memory may be made to St. Jude Children's Research Hospital, www.stjude.org.
VER MÁS VER MENOS