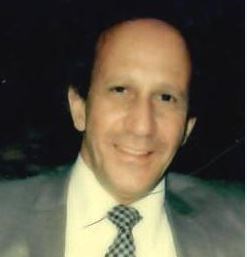 Adli Roushdi COLUMBIA – Adli Roushdi departed this earth Thursday, April 28, 2016 to join his God in the hereafter. Funeral services will be held at 1:00 on Friday, May 6, 2016 at Bush River Memorial Gardens. Adli was born in Cairo, Egypt on July 21, 1921 to the late Ensy and Mohammed Roushdi. He was the last survivor of four siblings. He came to the United States in 1937, attended the University of California at Berkeley, and became a United States citizen. He was a gymnastics and swimming participant in the 1948 Olympics. After a successful business career as owner of Adli’s Swimming School, he retired in Columbia, SC in 2006. Adli enjoyed caring for his home and loved his entire family very much. He was an avid reader and collected a large variety of books. Adli is survived by his loving wife of 27 years, Gloria Stroud, and five children; Narda, Roger, Kellie, Shannon and David. He is predeceased by his brother, Said and two sisters, Ngey and Naed. The family would like to thank the entire staff of Opus Post Acute Rehabilitation Center for their love and excellent care of our loved one during his illness. Caughman-Harman Funeral Home, Lexington Chapel, is assisting the family with arrangements.
VER MÁS VER MENOS