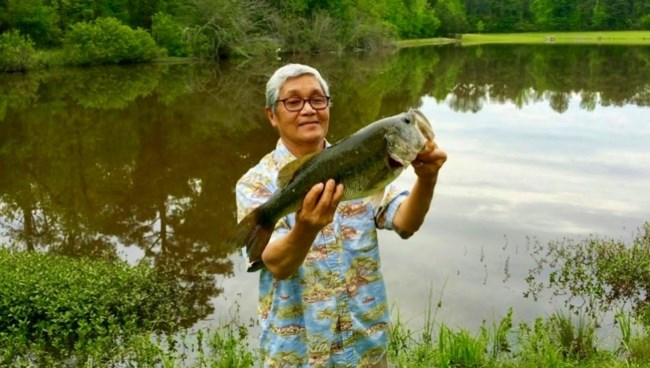 Surrounded by his loving family, Dr. Ruben Benitez Belen, also affectionately known as Benjie, dad, honey, daddy, papa, grandpa, lolo, tito and doc, 81, returned to his heavenly home on July 31, 2022 after a valiant battle with many health issues which culminated in multiple organ failures. His devotion to his family and his steadfast belief in God supported him in his struggle and ultimately gave him peace. Ruben was born on June 1, 1941 in Lucena City, Philippines to the late Agustin A. Belen and Herminia P. Benitez. He graduated from University of Santo Tomas in 1965 with a medical degree. He married Erlinda Nicolas Belen, his sweetheart and colleague, in 1966. After moving to Hartford, CT, Ruben completed his medical internship with Erlinda at Mount Sinai Hospital. Next, he completed his surgical residency at Metropolitan Hospital New York Medical College in New York City. Here, he also completed a fellowship in hand surgery. After moving to Cincinnati, Ohio in 1973, he opened up a private practice while working in the emergency room at Clinton Memorial Hospital in Wilmington, Ohio. After moving to Columbus, GA in 1978, he worked as an emergency room physician at Martin Army Hospital in Fort Benning, GA. He also worked as medical director of St. Francis Hospital emergency room in Columbus, GA. After moving to Mobile, AL in 1985, Ruben worked as an emergency physician at Providence Hospital for fifteen years, as well as Mobile County Health Department for 9 years. As a physician, Ruben skillfully and compassionately saved many lives in the emergency room. His calm demeanor, empathetic bedside manner and warm smile put patients at ease as soon as they met him. He retired with his wife Erlinda on July 31, 2009 to take care of grandchildren. Ruben was a member of Saint Anne Catholic Church, Knights of Columbus, Bayanihan of Columbus, Filipino American Association and International Network. Ruben was blessed with a devoted wife and family. On June 5, 1966, he married the love of his life, Erlinda, spending 56 wonderful years with her, surrounded by doting children, grandchildren and a great granddaughter. Compassionate, intelligent, faithful, and supportive, Ruben was an exemplary role model as a husband, father, grandfather and great grandfather. With Erlinda by his side, Ruben loved to spend afternoons by the water, fishing and boating. When not by the water, Ruben was an avid gardener often found nurturing and maintaining his lush vegetable gardens. Most significantly, Ruben was an exemplary father who dedicated much of his time to raising and caring for his children and grandchildren. Ruben is survived by his loving wife of 56 years, Dr. Erlinda Nicolas Belen of Senoia,GA; his children—Benjie Belen and his wife Kitty Belen, of Columbus, GA, Maria Walsh and her husband Steve Walsh of Senoia, GA, Maria Julian and her husband Greg Julian of Marshfield, MA, James Belen of Mobile, AL, and John Belen and his wife Lacey Belen of Albuquerque, NM; his grandchildren– Nicholas Belen, Ben Belen, Andrew Julian, Luna Belen, Veronica Julian, Melinda Belen, Mason Belen, Isabella Faler, Emma Walsh and Dylan Walsh; his great granddaughter Sophia Belen; his siblings– Angelita Belen, Josephine Belen and Elorde Belen. He is preceded in death by his parents Agustin Belen and Herminia Benitez, siblings Cecilia Belen, Hermelo Belen, Agustin Belen Jr, Alex Belen and his beloved granddaughter Ashley Belen. He is dearly missed by his loved ones, who celebrate that he is at peace with his creator. A requiem mass will be celebrated for Ruben at 11:00am, Friday, August 5, 2022, at Saint Anne Catholic Church. In lieu of flowers, Ruben’s family respectfully asks donations be made to the Autism Hope Center at 2000 Hamilton Road, suite B Columbus GA 31904 or autismhopecenterllp@gmail.com. Fond memories and expressions of sympathy may be shared at www.shcolumbus.com for the Belen family.
VER MÁS VER MENOS