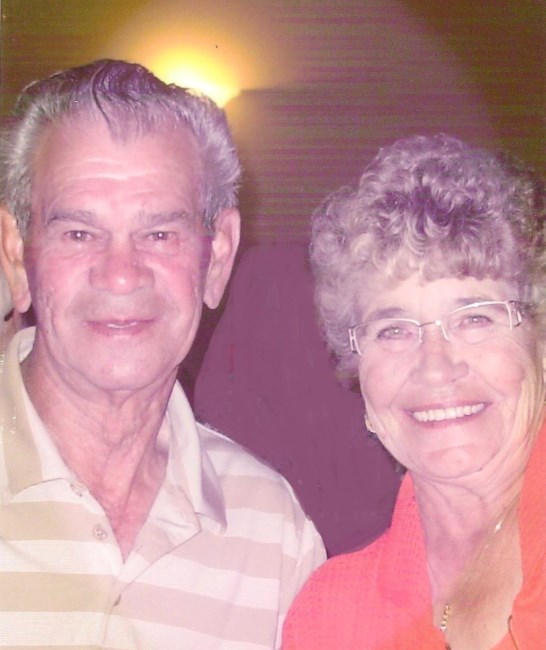 Together again at last! It is with deep sadness that the family of Lloyd Riedlinger announces his sudden passing on Monday, April 29, 2019. Lloyd is finally at peace in the loving arms of his wife, Leona. Lloyd will be lovingly remembered by his son Derrick and his children Soren and Kennedy; daughter Roxanne (Roger) Bordeleau and their children Christopher and Adrien; special daughter-in-law Susie Riedlinger; sister Joyce Parenteau; sister-in-law Donna(Rod) Block; brother-in-law Rick (Priscilla) Cherrington; sister-in-law Beatrice Cherrington as well as many nieces, nephews, cousins, aunts, uncles and friends. Lloyd was predeceased by his loving wife Leona; parents Edmund and Minnie Riedlinger; father and mother-in-law Donald and Blanche Cherrington and brother-in-law George Cherrington. Lloyd was born in Edmonton, Alberta and raised on a farm at Tomahawk, Alberta. Lloyd was in the armed forces and had been stationed in Edmonton, Germany, Cold Lake, Manitoba, Nova Scotia and last posting Comox, BC. We would like to give a special thank you to Dad’s dear friend, Ron, his living guardian angel. Interment of Lloyd’s urn will be at a later date at the Brightwood Cemetery in Alberta.
VER MÁS VER MENOS

Family will be remembering privately