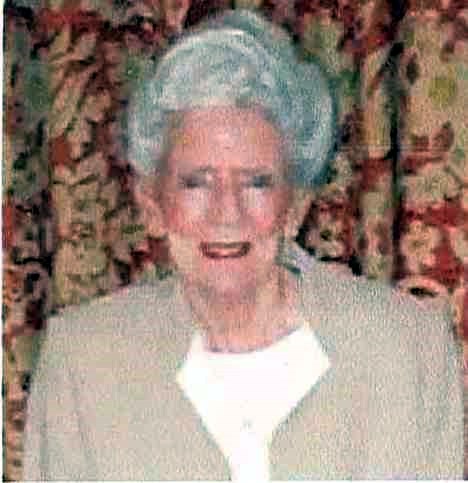 The stars in Heaven are shining ever brighter. Anne McClelland Byrd, age 96, passed away at Hospice of the Hills in Harrison, Arkansas, on. Sunday, July 3, 2016.Private family services and burial were held at Laurel Land Memorial Park in Dallas, Texas. Anne McClelland was born January 27, 1920, in Rostrevor, County Down, Northern Ireland, the daughter of John James McClelland and Mary Jane Clarke Lyttle.When she was 20 years of age, she wanted to do her part and served proudly in World War II.She joined the Women's Auxiliary Air Force (W.A.A.F.) in 1940 and served as a Corporal in England, loading, unloading and developing film RAF bomber crews used to check their accuracy. During her service, she was stationed in Aldershot, England. While on leave at home in Belfast, Northern Ireland, she met Frank Edward Byrd, who was there proudly serving his country with the United States Army (and ultimately retired after 25 years). They married on June 15, 1944 in Aldershot, England. She came to the United States aboard the Queen Mary arriving at Ellis Island on Easter Sunday in 1946.She was always very active in the lives of her four children, even serving as Manager of the American Youth Association (A Y A) in Schwaebisch Gmuend, Germany in 1963-1964. After all these years, she continues to be loved by those proud and loving Army Brats. She was preceded in death by her wonderful husband, Frank Edward Byrd (1922 / 1986), her parents, John James McClelland of Belfast, N.!. (1879/1946), Mary Jane Lyttle of Belfast, N.I.(1882/1968), brothers, David McClelland, Joe McClelland, Alfie McClelland, Sisters, Violet Graham Moss, Essie Niblock all of England and Ireland, and Maureen Pruitt of Duncan, Oklahoma. She is survived by her daughters, Pat Robinson and her husband Robert of Harrison, AR, Paddy Overton and her husband Robert of Arlington, Texas, Pinney Sill and her husband Donnie of The Colony, Texas; her son Frank Byrd and his wife Gayle of Flower Mound, Texas and her precious 8 grandchildren, and 9 great grandchildren, who were so fortunate to have spent time with her at our family reunions. She was a sweet little bit of Irish love who showed us all how to be caring, responsible and kind. She would not hesitate to remind you that dynamite comes in small packages and she truly believed that age was a state of mind and nothing but a number. She was a breast cancer survivor at the age of 90, stating "once a soldier, always a soldier ", when asked how she coped afterwards. She would not want you to mourn for her because she lived a long, happy life that was full of family, traditions, play times and special road trips. She will be missed terribly by all who knew and loved her and any who were ever fortunate enough to cross her sweet path. She would consider this journey as her ultimate and very special road trip and would remind us all to always keep a twinkle in our eyes, to cheat at UNO and to be happy every day.
VER MÁS VER MENOS