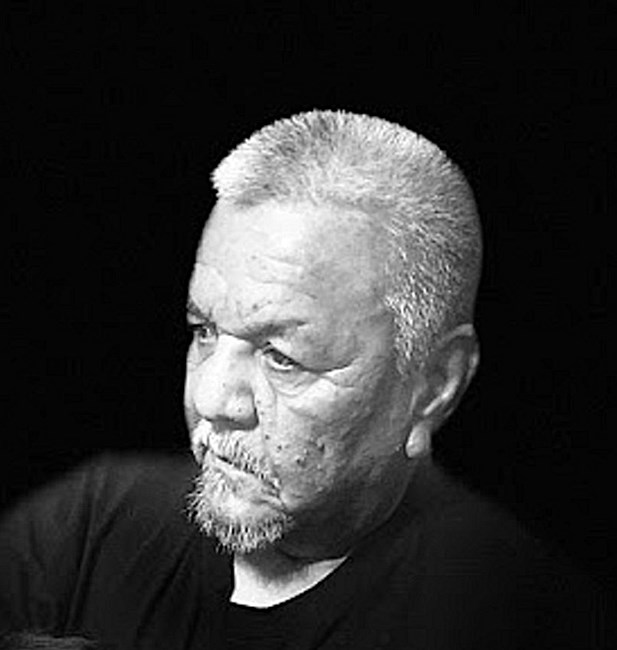 Victor “Boy” Ayala, 66, of Dallas, TX passed away on July 29, 2022, surrounded by his loved ones. Victor was born in Dallas, TX on March 5, 1956. He was the eighth child of twelve children born to Richard H. Ayala Sr. and Carmen Medina Ayala. His dad, Richard Sr., called him “Boy” because he was an energetic, active toddler. Soon everyone in the family knew Victor as “Boy” and the nickname stuck with him through adulthood. Victor attended and graduated from the historic St. Ann Catholic School in the Barrio. He attended Spence Jr. High and North Dallas High School. He played various sports including Pop Warner football for many years. He exhibited tremendous skills when he boxed with the Azteca Boxing Club and the Joe Gomez Boxing Clubs. Victor also enjoyed family fishing trips, but his favorite hobby was deer hunting with his family. And back in the day, if you were ever in the Barrio, around N. Harwood St., and saw a 1967 brown Chevrolet pick-up (side-step), that would most likely be Boy driving his pride and joy. He was so proud of his pick-up that to this day, he still has it. In his teens, Victor began helping with the family business, Ayala’s Body Shop. Working alongside his father for many years, Victor mastered the body shop and painting skills and knowledge required to run Ayala’s Body Shop. Victor successfully managed the business through two location changes and his dad’s retirement. In 1969, Victor met the love of his life, Rita Ayala at Pike Park. They started dating when they were 15 years old and had their son Victor two years later. They then had their daughters Becky and Debbie. They married on June 12, 1979, and lived a full life together for all of 44 years. He was a wonderful father who loved his kids very much. Victor also became a loving grandfather and even a great-grandfather. He enjoyed spending time with his grandchildren and great-grandchildren, listening to music, and watching old western movies with his wife. His family and friends will remember him as a hardworking man who was very generous and a friend to many. He helped those who reached out to him, and he never let anyone down. He was someone who you could always count on. He will be greatly missed. Victor Ayala is preceded in death by his parents, Carmen and Richard Ayala; Niece, Andrea Sanchez; Nephews, Richie Pereyda and Carlos Ayala. Victor is survived by his wife, Rita Ayala; Children: Victor A. Ayala, Becky Gonzalez, and Debbie Ayala; son-in-law, Andres Gonzalez; Grandchildren:Victor Ayala III, Adam Ayala,Christopher Solis, Brenda Ayala, Crystal Lemons, Sandra Ayala, Alyssa Barron, Karla Ayala, Stevie Barron Jr, Porfirio Solis, Gladys Rodriguez, Joshua Barron, Sashah Alaniz, Cierra Gonzalez, Michael Gonzalez, Emma Ayala and Analiese Ayala Henderson; Great-grandchildren: Mia Balderas, Luna Ayala-Veatch, Benjamin Lemons, Elena Barron, Elise Aguirre; Siblings: Juanita and Robert Cisneros, Richard and Yolanda Ayala, Mary Pereyda, Yolanda Ayala, Gilbert and Silvia Ayala, Olivia and Roy Martinez, Carol and Edward Esquivel, Carlos and Diane Ayala, Rebecca Ayala, Margaret Nanez, Josephine and Ernesto Lopez; and brother-in-law, Edward Nanez. Visitation will be held 5 pm to 8 pm on Thursday, August 4, 2022, at Calvary Hill Funeral Home. Mass of Christian burial will be held at 10 am on Friday, August 5, 2022 at Calvary Hill Main Mausoleum in the North Chapel. Committal will follow at Calvary Hill Cemetery at 11 am. Fond memories and expressions of sympathy may be shared at www.calvaryhilldallas.com for the Ayala family.
VER MÁS VER MENOS